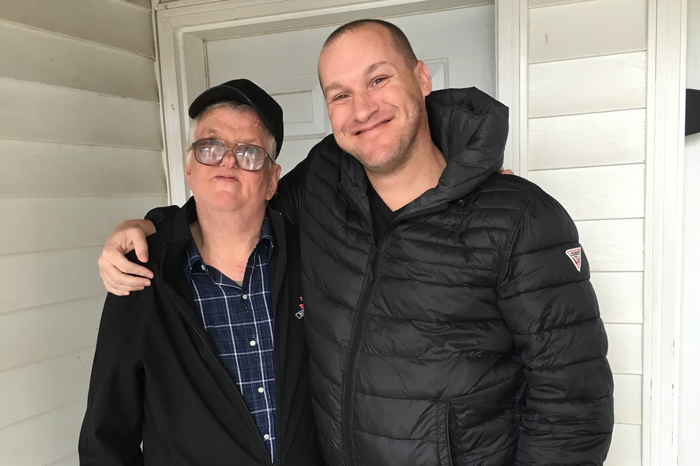 Wolfie with Gary the Conqueror at his home in Oregon Photo: The Howard Stern Show

Gary the Conqueror is 66 years young and still has a song in his heart, as proven during Wolfie’s latest Embedded special. The Stern Show correspondent traveled to Albany, Ore., and caught up with the longtime Wack Packer who passes the time in his own apartment listening to oldies music on his SiriusXM radio.

“I want to hear you sing a song,” Wolfie told Gary while sitting in his living room. He knew nearly all of the words to hits like “Please Mr. Postman” by the Marvelettes and “That’ll Be the Day” by Buddy Holly.

“Gary seems to have reached a level of happiness I can only dream of,” Howard said. 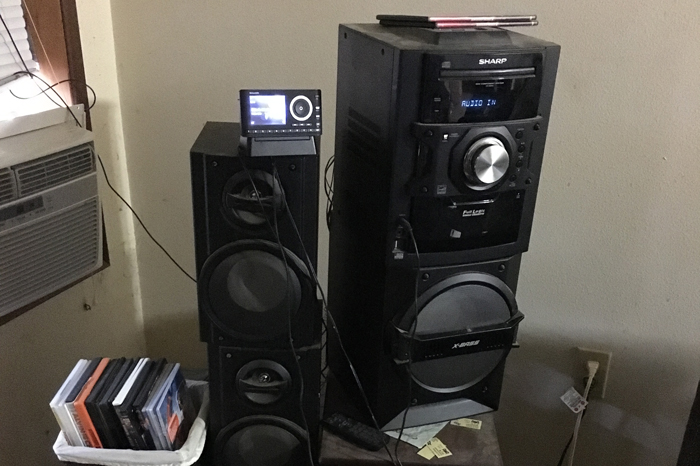 Gary the Conqueror’s radio setup at his apartment Photo: The Howard Stern Show

Wolfie reported he got the privilege of meeting one of Gary’s friends, an elderly woman who lives next door. The two enjoy watching television together and playing with Gary’s neighbor’s dog. However, Wolfie witnessed the Wack Packer feed the dog a piece of chocolate and after explaining the sweet treat was bad for the pet, Gary admitted he feeds chocolate the dog frequently.

Gary still holds down a steady job at Burgerville and Wolfie got to visit the establishment and see the parking lot Gary is responsible for cleaning. As one of the few Wack Packers to be gainfully employed, he advised the group’s other members to try and find work of their own. “Get out and make some money!” he told them. 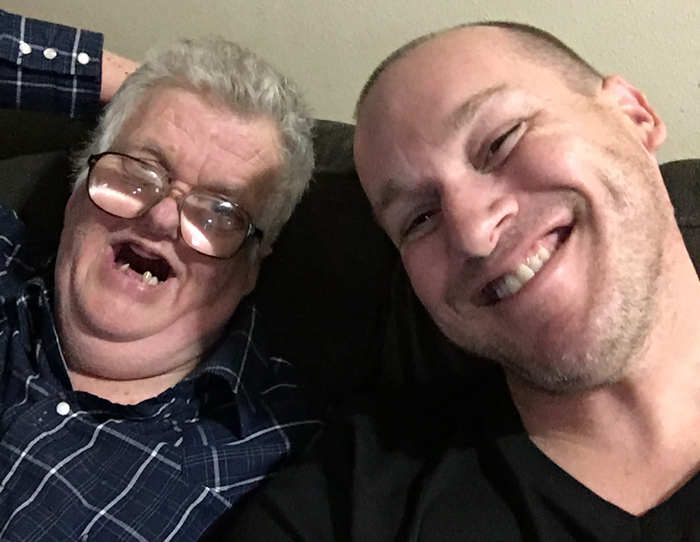 He specifically called out Wendy the Slow Adult for not working, going so far as to describe her as “lazy.” Gary also told Wolfie that, despite Wendy saying on the Stern Show that they were in a long-distance romantic relationship, he has no interest in dating her — not now, not ever.

“I don’t like Wendy. She thinks she knows everything, but she don’t,” Gary told Wolfie while bowling, a pastime he shares with Wendy the Slow Adult. 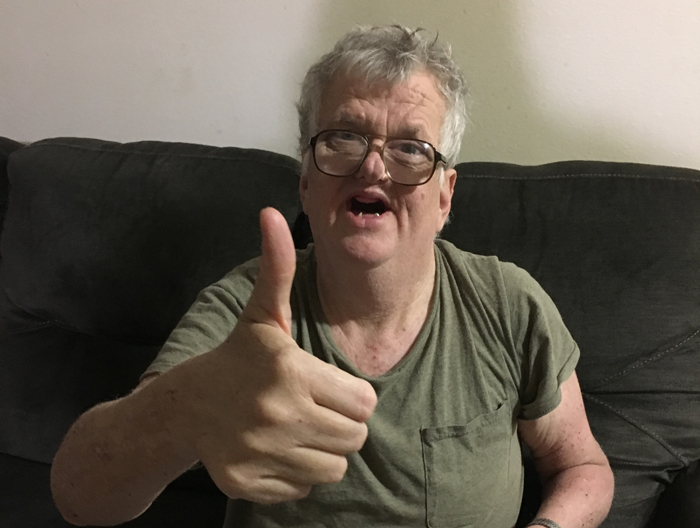 It’s been more than 20 years since Gary the Conqueror first called into the Stern Show and in addition to Wolfie’s Embedded special, Howard played tape of the first time he talked to the Wack Packer.

“I want to meet you,” Howard told him that morning in 1998. “You are a radio favorite already.”

Check out their first phone conversation (below).