“Wow, that got out of control,” Howard says after witnessing what went down on Wednesday's Stern Show 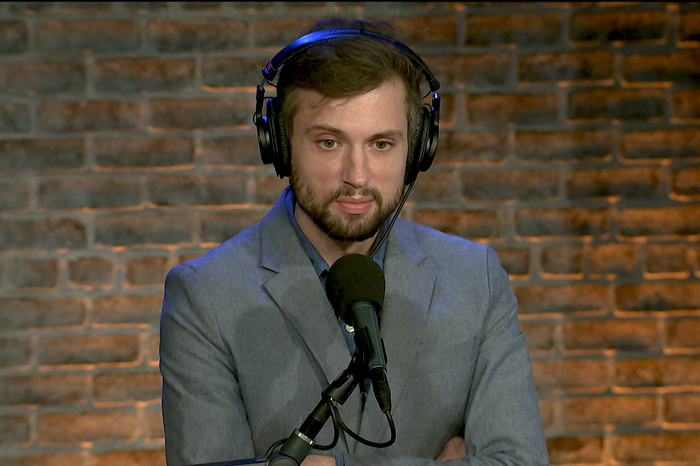 One week after Memet Walker told Howard and his co-workers he had a lot of great Stern Show segment ideas up his sleeve, the staffer entered the studio Wednesday morning ready to finally reveal one.

“I have four great ideas,” he told Howard. “I have big ideas, I have small ideas.”

Howard and co-host Robin Quivers were intrigued, so Memet pitched them the biggest idea he had. “One of the most common emails I get from people … they say they want to punch me in the face,” Memet said. “So, I figured [for] $100,000 one lucky fan gets to try to completely kick my ass.”

While Howard appreciated Memet working up the nerve to share his idea, he and the rest of the staff found it to be somewhat problematic. For starters, how much cash Memet said he would need in order to participate in the bit.

“It sounds like a way for Memet to make 100 grand,” Gary Dell’Abate said.

“They get the pleasure of trying to kick my ass,” Memet responded.

As Howard pointed out, however, it wouldn’t be fair to Memet’s co-workers who are, for example, urinating in diapers without asking for an extra dime. They’re simply doing it for the good of the show. 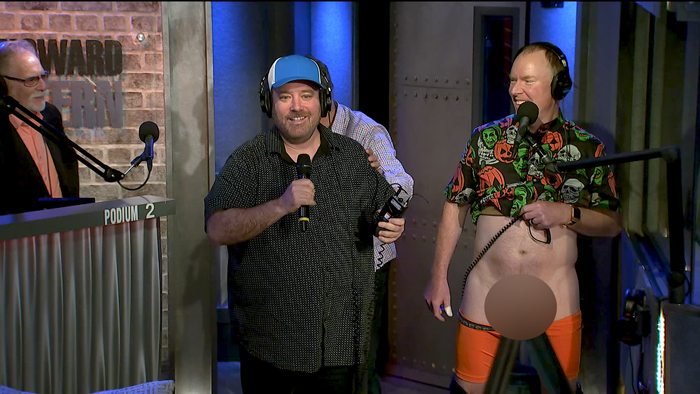 While Memet’s bout did not seem destined to happen, the idea did inspire his colleague Richard Christy to pitch Memet a counter offer. Richard told Memet he would give him all the cash in his wallet—a little under $50—if he could slap Memet in the face with his penis.

Memet declined the chance for some extra cash, but fellow staffer Benjy Bronk came from out of nowhere and announced he would be happy to take Richard up on his offer. Moreover, he’d do it for free.

“Well, your idea is working here,” Howard told Memet. “But it’s working with Benjy. See what happens when you pitch?” 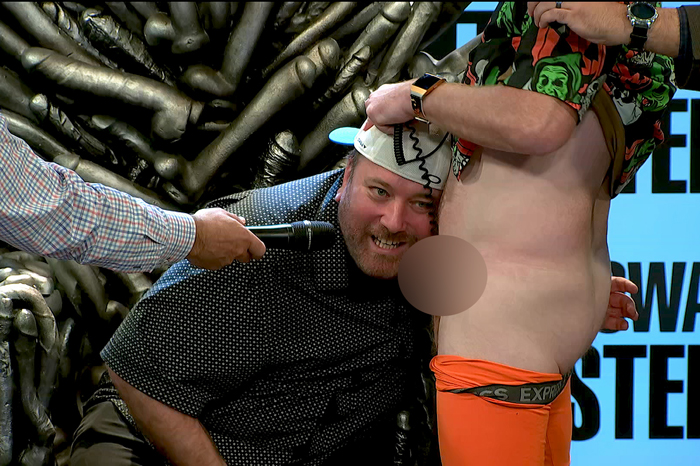 Benjy braced for impact, but first he wanted to make sure Richard was disease free. “I’m clean,” Richard assured Benjy just before hitting him in the face while yelling “smack, smack.”

Benjy took his medicine like a champ but revealed there was a “real distinct smell” emanating from Richard’s manhood.

“Benjy just actually proved a point,” Howard said. “You pitch an idea, and something comes of it.”

“All right, so I learned a lesson,” Memet conceded. 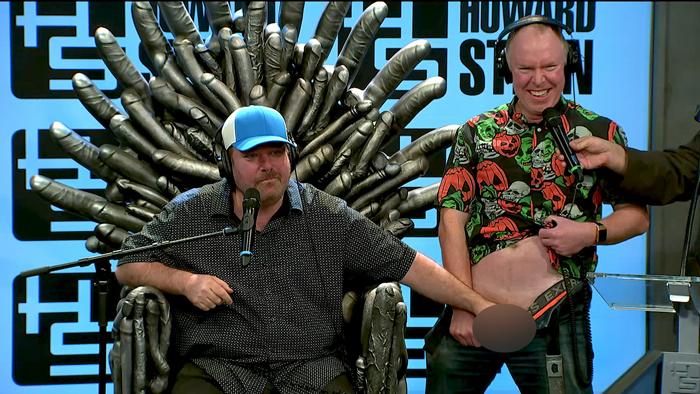 For a moment it seemed like the bit was over, but then Benjy grabbed Richard’s penis and gave him an unexpected Halloween treat. As onlookers noted, Richard even appeared to get aroused.

“Why did you do that?” a shocked Robin asked Benjy.

“I haven’t been on the show in a long time,” he responded.

“Wow, that got out of control,” Howard said with a laugh.