“You have proven my theory I have always believed to be true,” the Wack Packer writes 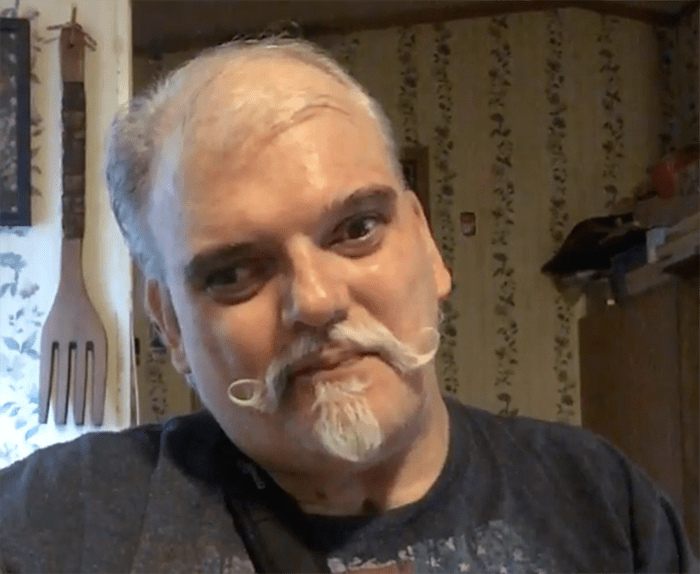 Jeff the Drunk’s Periscope account has reportedly been disabled after he once again ran afoul of the live-streaming app’s powers that be—but the Wack Packer isn’t quite sure what offense led to the suspension.

“I ain’t even doing bad shit!” the Wack Packer told Howard on Monday.

Jeff expert Shuli Egar wasn’t able to shed any additional light, either. “Your account has been suspended so many times, I’m not sure what you did this last time,” the Stern Show staffer said.

No matter the transgression, Jeff has now fired back at Periscope in an impassioned series of emails which Shuli read live on air for listeners.

“I am sick of the double standard of this company,” the Wack Packer wrote. “You guys give Badges to horrible people for no apparent reason!”

“1 more thing I must says [sic],” Jeff continued. “You have proven my theory I have always believed to be true! Periscope was invented and controlled by trolls!!!! I feel this is why you’ve decided to believe them! Thanks for absolutely nothing have a fantastic day.”

Howard was struck by the effort Jeff put into his missive and offered some advice to him. “That letter is well-written. Imagine if you put this energy into a résumé and cover letter,” he suggested.

“I do my cooking show,” Jeff explained. “Instagram only gives you an hour. I can’t possibly make my Christmas rolls in an hour.”