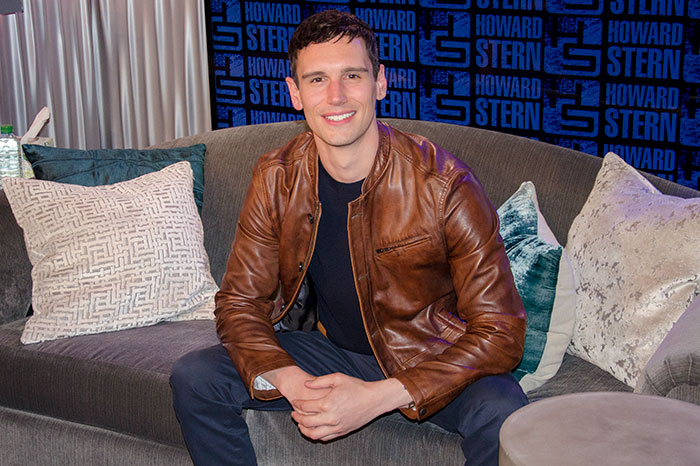 One of television’s most evil supervillains made his Stern Show debut on Tuesday as actor Cory Michael Smith sat down with Howard to talk his role on the Fox series “Gotham.” Cory plays Edward Nygma (a.k.a. the Riddler), a mad forensic scientist who wreaks havoc on Gotham City years before its caped crusader Batman has begun fighting crime.

Many men before Cory have suited up as the Riddler on TV and in films, including comedian Jim Carrey in 1995’s “Batman Forever.” But even though Cory considers himself to be one of Jim’s biggest fans and has seen nearly all of his movies, he told Howard he somehow knew growing up not to watch Carrey and his take on the Riddler character.

“If there is a God, that’s God being like, ‘Cory, you’re not gonna watch this because if you do you’re gonna impersonate it.’ Because I spent my life impersonating him,” Cory said of Carrey.

Cory may not be able to comment on Carrey’s Riddler performance, but when Jim called into the Stern Show in 2017, he praised Cory’s acting on “Gotham,” saying he catches the show occasionally and is always impressed by his work — a compliment that no doubt meant the world to Cory.

Rather than base his Riddler off of anyone else’s prior performance, Cory told Howard he instead constructed his character off of someone he went to high school with. He recalled how that classmate inexplicably carried all of his text books with him throughout the day despite students having lockers, adding that while this kid was unquestionably brilliant there seemed to be something just a little off about him.

“He would walk on the front of his feet … it was like his books led him everywhere,” Cory explained. “I just physically modeled the character after him.”

For his “Gotham” audition, however, Cory was kept in the dark about which part he was trying out for. “They didn’t tell us the characters we were auditioning for,” he told Howard, explaining he wasn’t even told the show was a Batman origin series.

“I didn’t even audition for the casting directors, I auditioned for their assistants,” Cory admitted, chalking that up to not having a long list of credits under his name up to that point. 2014, the year “Gotham” debuted, proved to be a turning point in Cory’s career, though. He co-starred in the short film “Dog Food” with Amanda Seyfried, acted alongside Kristen Stewart in the feature film “Camp X-Ray,” and played Kevin Coulson in the HBO miniseries “Olive Kitteridge,” co-starring Frances McDormand and Bill Murray.

The only roles Cory was really known for before “Gotham” were his performance in the off-Broadway play “Cock” and his 2013 Broadway debut in the stage adaptation of “Breakfast at Tiffany’s.” He appeared nude every night in that production along with “Game of Thrones” star Emilia Clarke.

“We were naked in a tub together on stage,” Cory told Howard. 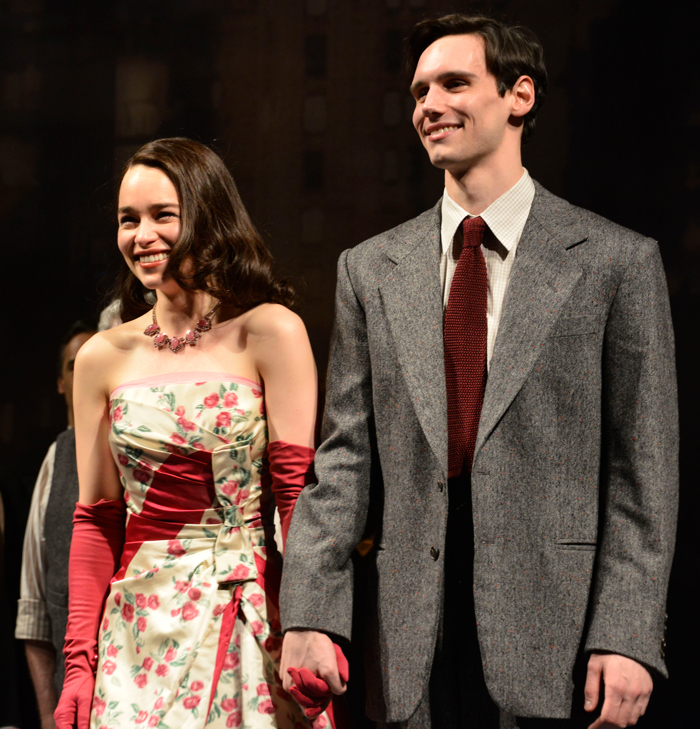 Despite the show’s nudity, ticket sales were less than producers had hoped for. Photos of Emilia without any clothes on also surfaced in the newspaper, which Cory said he still considers rather suspect and isn’t sure whether they were taken by an audience member or one of the show’s publicists in a last-ditch effort to sell seats.

No matter the case, Cory said he and Emilia remain friends and called her “one of the loveliest, loveliest humans” he’s ever worked with.

Next up for Cory are two feature films due out later in 2018: Neil Armstrong biopic “First Man” starring Ryan Gosling and AIDS drama “1985” which Cory also executive produced. 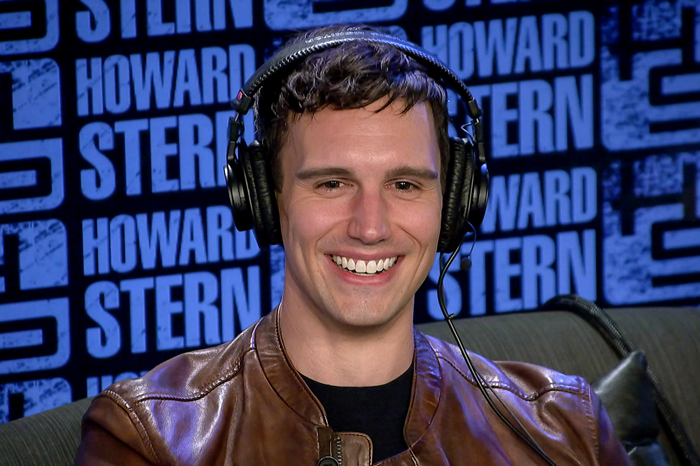 His steady gig remains on TV, though, and he told Howard he’s nothing but grateful for his “Gotham” role and having the kind of character progression he does on the series.

“I’ve been very lucky that it’s been a slow, slow burn for me,” Cory said. “This is like longform television — the gift for an actor.”

Starring in anything to do with comic book characters comes with a built-in, fervent fanbase. Cory has only attended a few of the popular conventions, but he told Howard being there has literally brought him to tears.

“I get really emotional while I’m at them,” Cory revealed. “It’s incredible the joy that you’re experiencing from some of these people … I don’t know how to express enough gratitude to them for spending money to, like, show up and be there and so, I just start, like, crying. It’s really embarrassing.” 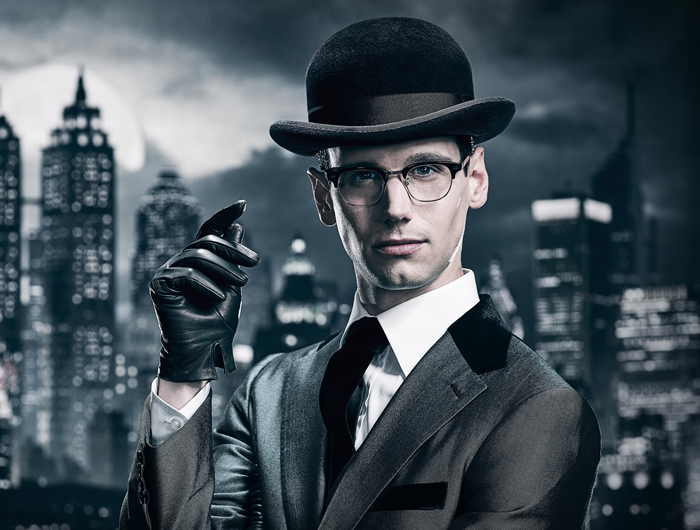 Like most of his fans, Cory is hopeful his Riddler character will acquire his signature cane soon. After all, his on-camera foe and off-camera friend Robin Lord Taylor gets to have a cane as Oswald Cobblepot (a.k.a. the Penguin).

“We can’t have a cane fight until I get a cane,” Cory joked.

One wardrobe addition fans cannot look forward to, though, is any of the skintight suits worn by the Riddlers of yesteryear.