A promise made and a promise kept.

Just as he said he would, Howard met Memet Walker’s new girlfriend at the 2018 Stern Show Christmas party and had nothing but nice things to say about her on air Wednesday. But as much as Memet appreciated his boss going out of his way to have a conversation with her, he called Howard out for showing his girlfriend some of his personal paintings.

“You were kind of, like, bragging about your paintings a little bit to her,” Memet told Howard. “It was like a humble brag.”

Howard disagreed, though. “I’m trying to have a personal conversation,” he told Memet after explaining how his girlfriend mentioned she worked in graphic design and showed an interest in his artwork. 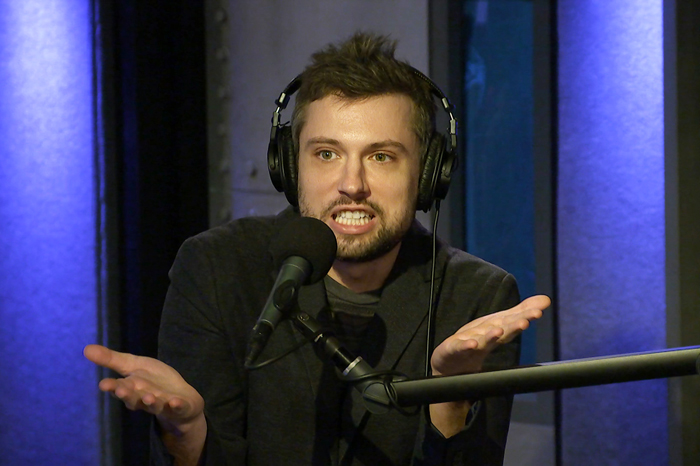 It sounds like the real reason Memet was somewhat dissatisfied with Howard’s interaction with his girlfriend was because Memet wasn’t included enough in the conversation. He even admitted he got upset to hear so many people complimenting his girlfriend’s good looks while no one mentioned how handsome he was.

“I’ve been single for a long time. I’m getting used to the fact that no one pays attention to me anymore when we’re talking,” Memet said.

He also revealed he recently “popped” back into therapy and has been working on realizing his own self-worth in his sessions. “I think my therapist put it best … he said, ‘You’re the prize.’ I’m the prize,” Memet stated.

No matter what his co-workers think of his relationship, Memet told Howard things are going great with his girlfriend. So much so that they’ve already introduced each other to their families. 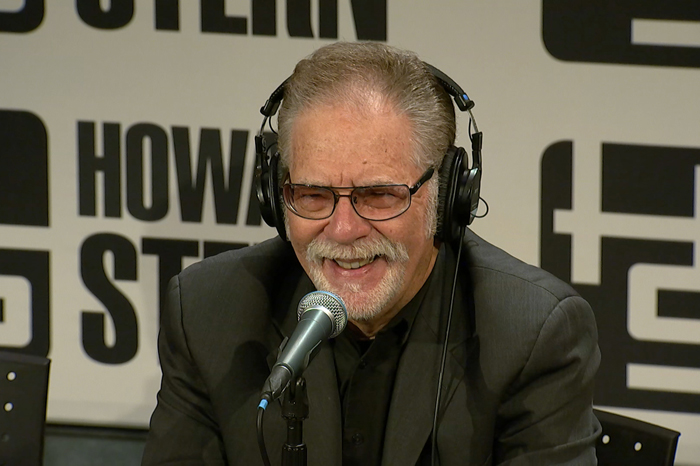 Someone who didn’t get to meet Memet’s girlfriend was Ronnie “the Limo Driver” Mund who missed this year’s holiday party in order to attend a destination wedding in Mexico. After so many members of the staff said the party was better than ever in 2018, Jason Kaplan wondered if Ronnie’s absence was the reason everyone had such a good time.

“The common denominator was no Ronnie,” Jason told Howard.

Three Stern Show staffers that definitely did miss Ronnie were his buddies JD Harmeyer, Richard Christy, and Jon Hein, the latter of whom even got a phone call from Ronnie during the Christmas party. That’s not to say Ronnie wasn’t having a blast during his trip south of the border. He gave a rave review for the resort he and his fiancée Stephanie stayed at.

“They did everything for you except wash your ass, practically,” Ronnie said of the hotel’s staff. “It was unbelievable.”

Their room included its own infinity pool and balcony and Ronnie confessed their outdoor space was private enough for the two of them to strip down and have sex on one of the patio’s couches. 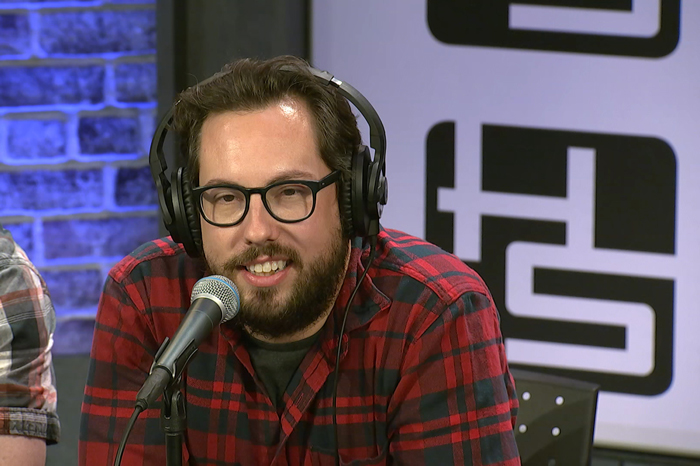 At Christmas parties past, it was always Ronnie who grabbed the mic and sang some karaoke, but the performance everyone was talking about this year was one from JD. He not only lit up the room with his singing, he also lit up his outfit with some Christmas lights that he wore around his neck.

“It’s a Christmas party so I do feel, for whatever reason, the need to be festive,” JD said on Wednesday.

Perhaps the most shocking story from this year’s shindig had to do with Brent Hatley’s wife Katelyn who reportedly spent much of the evening chatting up the ladies in attendance and seeing if any of them were interested in hooking up. 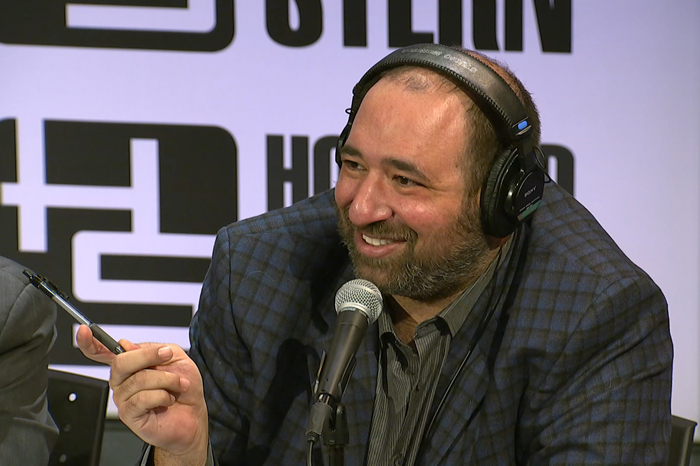 “Basically every woman that talked to Brent’s wife was propositioned by her in some way, shape, or form,” Jason told Howard.

“That’s kind of her way of complimenting the women. Like, she’s not actually gonna do anything,” Brent added.

But considering how she and Brent are known swingers, some on staff believe she was being sincere, including Memet who said his girlfriend got hit on hard. 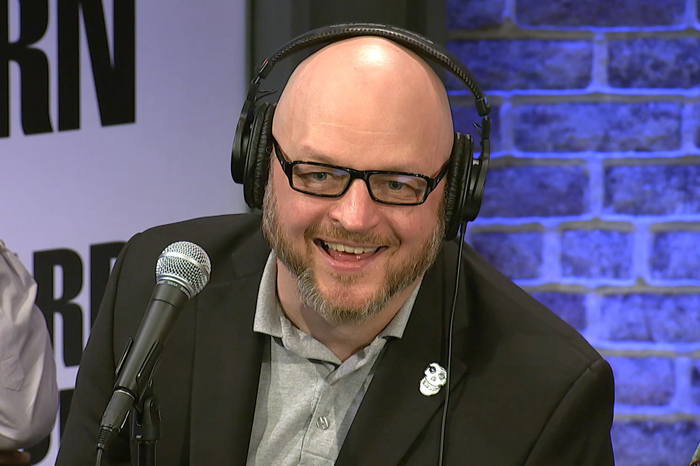 “Brent’s thing is he sends Katelyn out to, like, talk to these girls and he sits in the corner like a creep,” Memet said, telling Howard he could feel Brent’s “hungry eyes” on him at an afterparty later in the night. “I feel like Brent was giving me a look like, ‘Yeah, brother … this is going down.’ I’m like, ‘No, brother. It’s not going down.’”

“Robin, we missed a lot at the party,” Howard said with a laugh.

“We should not go to the party, we should go to the afterparty,” she joked.