“I’m not worthy,” the Stern Show staffer says in between sobs

You can call him sappy, but Stern Show staffer Richard Christy has never been one to shy away from his emotions.

After shedding a few tears in January while speaking about the hope Kansas City Chiefs quarterback Patrick Mahomes has given him, Richard got the chance to talk to the N.F.L. Most Valuable Player on Friday’s Wrap Up Show.

Gary Dell’Abate and Jon Hein broadcasted with Mahomes live in Atlanta from Super Bowl Radio Row and got Richard on the phone to share his feelings.

“You’re lucky I’m not there ’cause I’d be crying all over you right now,” Richard told Patrick. “I’m not worthy.”

The 23-year-old football star took Richard’s extreme fandom in stride and thanked him for being so supportive. Richard even proceeded to inform Mahomes if he had another son, the baby would be named after him.

“That is awesome. That is really, really cool,” Patrick said with a laugh. 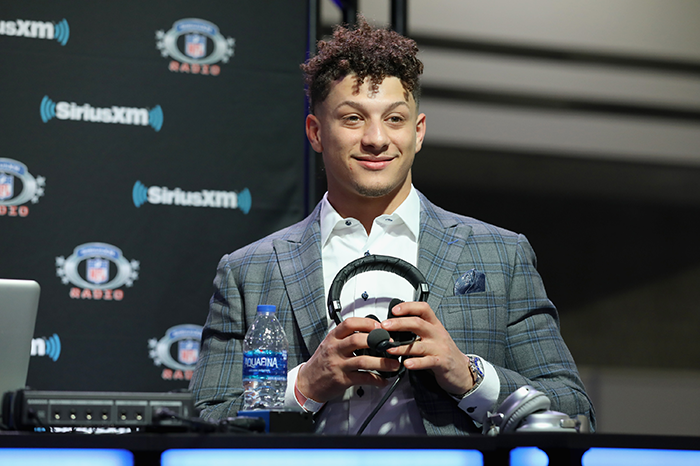 Despite the Chiefs’ A.F.C. championship loss to the Patriots, Richard told Mahomes he remains hopeful for another title in the future. “My dream is for myself and my dad to be able to watch the Chiefs win the Super Bowl together,” he said in between sobs. “And I know that you can make that happen, Patrick.”

Watch the full video of Richard’s tear-filled conversation with Patrick Mahomes (above).

In the meantime, Richard opted to not watch the Super Bowl on Sunday in protest of what he thought was poor officiating in this year’s N.F.L. postseason. Instead, he said he watched “Ghoulies III: Ghoulies Go to College,” a 1991 horror-comedy.

And more importantly, he bought a new pair of jeans after catching heat for revealing he hadn’t washed his only other pair in five years.

“I felt bad. You seemed really grossed out, so I bought a new pair,” he told Howard.