“It made me appreciate Ronnie on a whole other f-cking level,” the Stern Show’s executive producer tells Howard

Some on the Stern Show recently traveled down to the Bahamas to attend a destination wedding in the Caribbean, but when Gary Dell’Abate and his wife Mary checked into their hotel they heard a whole lot more than just the waves crashing onto the beach below. At first they thought there was a crying baby in the room next to theirs but since the resort they were staying at was adults-only, that seemed unlikely.

“I start to listen and I realize it’s two people having sex and it’s fucking loud. It was like a murder,” Gary told Howard on Monday’s Stern Show. “It went on a long time.”

The sounds of passion continued even as Gary and Mary left and headed down to the evening’s festivities. When Gary ran into Ronnie Mund and his fiancée Stephanie a little later, however, he suddenly suspected he knew who was staying next to him and asked the two which floor they were staying on.

“He looks at me and just starts laughing,” Gary told Howard. 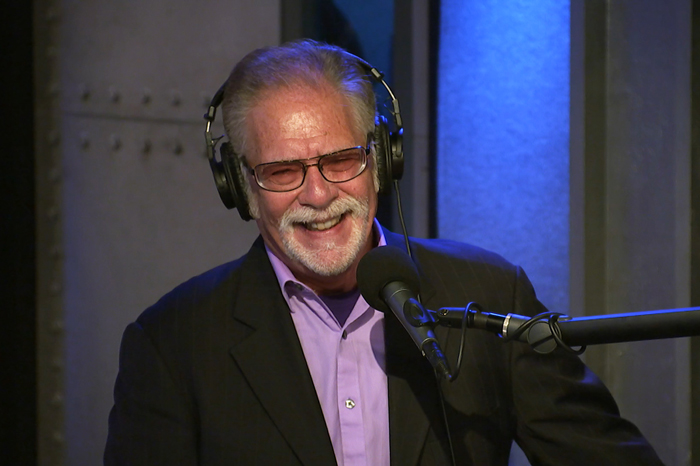 Ronnie admitted he instantly knew Gary must’ve overheard his loud love-making and was a bit embarrassed about it. “The rest of the time we were there I was putting pillows over her face,” he joked.

According to Gary, though, Ronnie has nothing to be ashamed of. “It made me appreciate Ronnie on a whole other fucking level,” he said of what he heard from his co-worker’s hotel room.

Ronnie’s insatiable sexual appetite has even made its way into the limo driver’s personal email. Howard explained on air how Steve Brandano never gives out Ronnie’s email address to any guests coming on the Stern Show since it includes the numbers “6969.” While Ronnie at first didn’t think there was anything unprofessional about his email, he told Howard he was willing to get a new one free of any sexual euphemisms.

It wasn’t just in the Bahamas that Ronnie and Stephanie were hooking up, either. He told Howard they’ve been on a mad tear lately.

Both Ronnie and Stephanie apparently got all hot and bothered after seeing “The Cher Show” on Broadway on Friday night. Aside from the action it got him afterward, Ronnie also had rave reviews for the musical.

“I enjoyed it,” he told Howard. “It was really good and it went really fast.”

He’s now looking forward to seeing the real Cher live and in concert when she comes to Brooklyn’s Barclays Center in May.