“We have to burn that couch,” Howard jokes on Wednesday

Watch the FULL video on the SiriusXM app!

Howard wasn’t even an hour into Wednesday’s Stern Show before Sal Governale and Richard Christy were each in the studio with their pants around their ankles. After pitching Howard on a few Father’s Day contests that listeners could compete in to win a signed copy of “Howard Stern Comes Again,” the two staffers started to think up some stunts they’d be willing to do themselves. One idea was to have a fan guess the combined length of their penises.

“Gary, bring in a ruler,” Sal yelled as he began dropping trou.

Howard’s executive producer was willing to size each of them up and started by lining his ruler up with Richard’s manhood. He then measured a second time and then a third time.

“The reason I did it so many times is because I didn’t believe the number,” Gary said with a laugh. 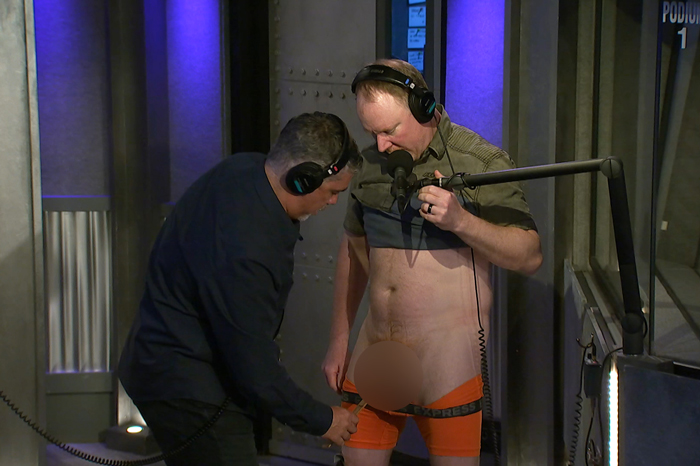 After Sal’s official length was recorded, Howard picked up on a caller who predicted the two penises would measure around six inches. Since he was close enough (the actual measurement was 5.5 inches) Howard gave him an autographed copy of his new book.

Gary then explained he couldn’t believe Richard was only two inches, hence why he kept remeasuring.

“I’m a grower, not a shower,” Richard proclaimed.

“Sal is three [inches] but that little fucking thing of skin adds a whole other half inch,” Gary said, describing Sal’s infamous foreskin.

It was then Howard got word that Benjy Bronk was in the back office offering to come in and try to “fluff” his fellow staffers up. A second game was quickly created in which a different caller would guess who would get hard first with Benjy touching them: Richard or Sal?

“No wonder I hired them!” Howard chuckled.

Richard and Sal removed their pants once again and took a seat on the couch on opposite sides of Benjy. Howard picked up on another caller who took no time in picking Richard as the one to chub up first. 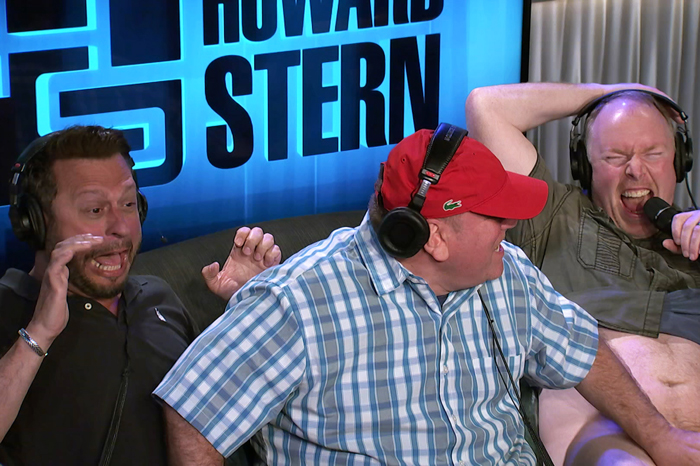 Benjy didn’t grab hold of their members right away, instead he rubbed their thighs and worked his way up slowly.

“We have to burn that couch,” Howard said while watching.

“He’s rubbing my cock and balls! I wasn’t expecting this,” Sal screamed.

“What’d you think was gonna happen?” Richard replied with a smile on his face. “He is pretty good at this.”

He must’ve been telling the truth because before long, Richard’s member began to grow right in Benjy’s hand as everyone looked on in utter amazement.

“Richard’s the winner!” Howard said with a laugh. “How many inches, Gary?”

“More than two!” he answered.