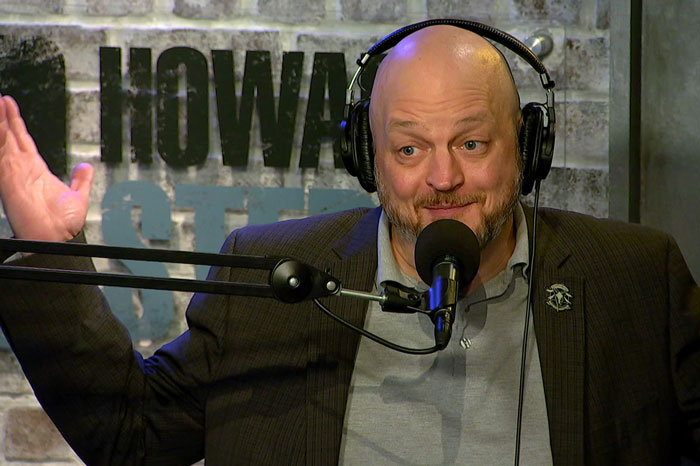 Brent Hatley and actor Michael Rapaport have taken several shots at each other over the past month, arguing on-air about the Stern Show staffer’s swinging lifestyle and crafting multiple diss tracks about their disdain for one another. On Tuesday, Howard revealed their ongoing feud has even inspired listeners to submit their own song parodies.

Mike “Manson” Waters, one of Brent’s former Bubba the Love Sponge Show colleagues, sent Howard a pro-Rapaport track called “Fuck You, You Piece of Shit, Brent,” written to the tune of the “Golden Girls” theme song and performed in character as Nedley Mandingo.

Howard was shocked Brent’s former co-worker would say so many nasty things about him, but Brent insisted it’s all in good fun. “There’s no niceties on the Bubba Show,” he said. “Him and I were, you know, partners. We used to do a comedy show together that went on tour. I still talk to him.”

It’s unclear what shape Brent and Rapaport’s bitter rivalry might take in coming weeks, especially as the staffer prepares to embark on what he expects will be a sex-filled romp through Los Angeles, but one thing seemed certain: the feud has left Stern Show fans evenly divided.

“I would say it’s about 50-50 on the Brent vs. Rapaport feud—50 percent with Brent, 50 percent against Brent,” Howard said with a laugh. “The feud is splitting America more than Trump’s impeachment.”