Jon Hein Passed Up Gourmet Meals for Fast Food While in L.A.

AUDIO: Benjy Bronk Asks the Wack Pack if They’re Down for a Wild New Bit

AUDIO: Benjy Bronk Asks the Wack Pack if They’re Down for a Wild New Bit 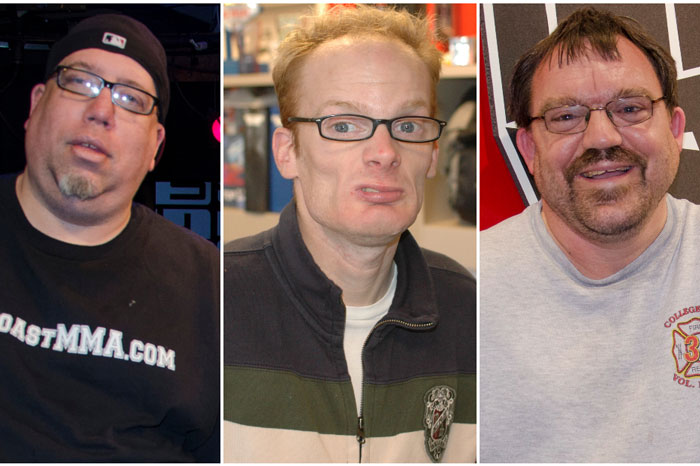 Three members of the Wack Pack received a call from Stern Show staffer Benjy Bronk recently asking if they’d be down to participate in a wild new on-air bit. His idea involved all of them coming down to SiriusXM’s Hollywood studios and “christening” the new workspace.

“You come into the L.A. studio and I suck your cock live on the air,” Benjy suggested to High Pitch Erik over the phone. Erik has admitted to being attracted to many famous men over the years, so neither Howard nor Robin were all too shocked to hear he’d be game to let Benjy go down on him.

“Let’s do it for radio gold!” High Pitch replied. However, when Benjy asked if he’d return the favor, Erik made it clear he had no interest is performing oral on the staffer.

Next up was Medicated Pete, who has shown off how well-endowed he is multiple times in the Stern Show studio. Benjy asked if it’d be OK to use his mouth on Pete’s massive member and the Wack Packer laughed at the request.

“That’d be kind of funny,” Pete told Benjy. “That could probably work.”

“Yeah, why not,” Mark told Benjy, even though he explained he’s really not “into guys.”

“Take care and I’ll suck you off soon!” Benjy told Mark before hanging up the phone.

Listen to all three calls in the audio clip (below).