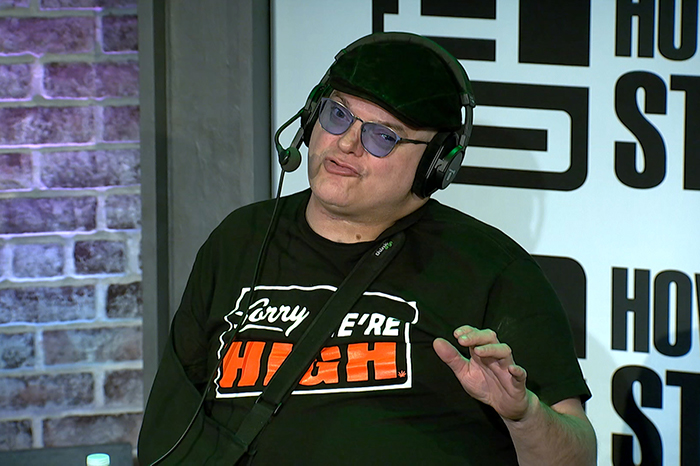 Despite not making the cut for Tuesday’s special, holiday-themed Hollyweird Squares segment, Jeff the Drunk made an appearance thanks a recent performance of seasonal songs on his Periscope.

“If you want to know what we missed from Jeff the Drunk, I took some clips from his Christmas Periscope,” Howard revealed to Robin. “Jeff was sitting in his trailer, guess what, drinking beer and singing Christmas songs to karaoke tracks.”

After playing Jeff’s rendition of “Rockin’ Around the Christmas Tree,” Howard had some feedback regarding the performance. “We could’ve had this in a square,” Howard joked. “Something tells me those trailer acoustics aren’t great.”

Also in Jeff’s arsenal was “Silent Night,” a rendition in which the Wack Packer could be heard more clearly. “Unfortunately, you could hear him a little better,” Howard added. “It doesn’t really improve.

Listen to Jeff’s full performance (below).