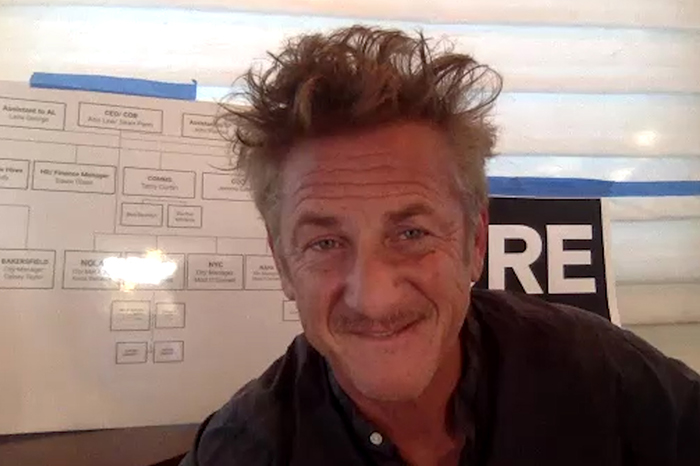 While Howard walked away quite impressed with Sean Penn after interviewing the actor and activist on Tuesday, co-host Robin Quivers took her admiration to a whole other level. “I find capable sexy,” she said told Howard with a big laugh on Wednesday morning.

Robin was so impressed, she tuned in to watch him join the press conference of Governor Andrew Cuomo, another recent Stern Show guest Robin has admitted to liking. “I felt like I was on a date and you know my other boyfriend walked in,” she confessed before being asked to pick one. “I suppose I would choose Cuomo.”

The conundrum led to a full “Would You Rather?” game in which Howard asked Robin to decide between several of her notable crushes, like “Game of Thrones” star Peter Dinklage. “I know he’s a capable actor but, you know, is that something to get all excited about?” Robin reasoned when Howard pitted Gov. Cuomo against Dinklage. “I still would go with Cuomo.”

Unfortunately, Cuomo’s run came to an end when “Doctor Strange” star Benedict Cumberbatch was brought up. “I’m erring on the side of youth,” Robin said of her decision.

Though Robin might have had a harder time picking singer Hozier over actor Jake Gyllenhaal, she didn’t hesitate when it came to showing her feelings for admirer Lenny Dykstra. “Ronnie shitting on the floor and Dykstra?” she proposed before driving her point home. “Ronnie every time.”