Giving the funniest "other guys" their due

Thousands of sitcoms have found their way into our prime-time lineups, our stream boxes, and (especially) our hearts. The situation comedy goes back decades, and truly classic sitcoms all have one thing in common – stellar supporting characters. Think about it: would your favorite sitcom be your favorite sitcom without the best friend, the wacky neighbor, or the loser brother? Characters which could easily fall into lazy stereotypes (and often do) are transcended by top-notch writing and perfect casting in the shows that truly endure. Here now, are 11 of those legendary sitcom “other guys” who lift their respective shows into the comedy stratosphere. 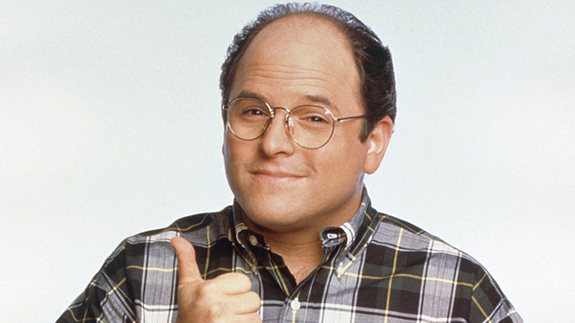 Here’s the obvious one. Jason Alexander’s portrayal of George Costanza may be the gold standard by which all other supporting sitcom characters are measured. How many classic “Seinfeld”–isms are due to the existence of George Costanza (not to mention Alexander’s iconic delivery)? “Shrinkage.” “Double-dipping.” “George is getting upset!” The list goes on. In fact, you could argue that George Costanza was the real MVP of “Seinfeld.” While you think it over, just listen to this on loop. 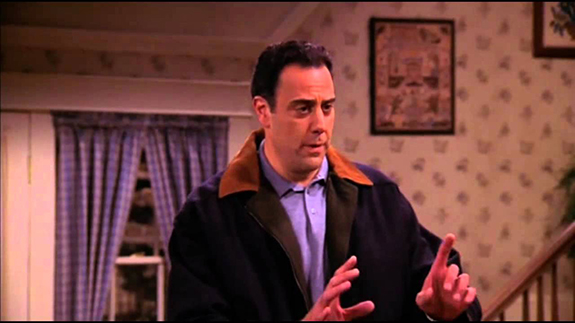 Does anyone play dejection like Brad Garrett? Sibling rivalry has rarely been portrayed in such a hilarious fashion, particularly among adults. Garrett’s signature hangdog baritone set Robert Barone apart from your run-of-the-mill sitcom brother, making his dynamic with Ray truly unique. Though the show was titled “Everybody Loves Raymond,” an equally valid title would have been “Everybody Also Enjoys Robert Equally (If Not More So).” 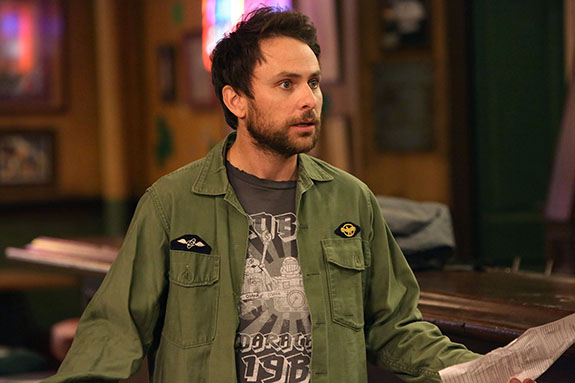 You could make a case that the main cast of “It’s Always Sunny” functions as a true unit, with no traditional main character/sidekick separation. On the other hand, Charlie Kelly is the quintessential sidekick, nearly always going along with whatever wacky scheme might be concocted by Mac, Dennis, Sweet Dee, or (especially) Frank. This near-illiterate King of the Rats has been responsible for some of the show’s most hilarious episodes, and somehow remains the most sympathetic (and absolutely the strangest) member of “the gang.” In his honor, order some milk steak boiled over hard with a side of jelly beans (…raw).

Dwight Schrute, “The Office” (US) 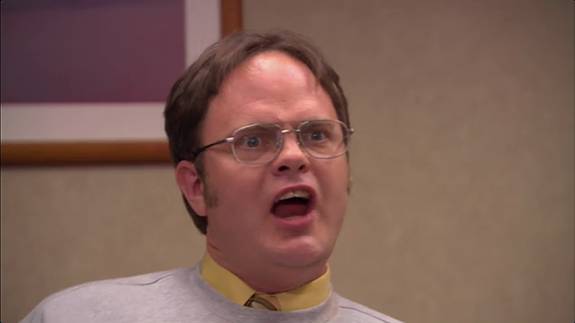 While Michael Scott was the de facto focus of “The Office,” the entire staff of Dunder-Mifflin gave the show its unique voice. At the top of that heap sits resident Assistant to the Regional Manager, Dwight Schrute. Beet farmer extraordinaire, Dwight’s social skills (or extreme lack thereof) made for some of the most memorable “Office” moments. However, Dwight’s relationships with Michael Scott, Pam Beasley, and especially Jim Halpert gave the show its signature tone. How many of Jim’s pranks, Pam’s heart-to-hearts, or Michael’s schemes were made truly memorable because of Dwight’s presence at the other end? Goju Ryu karate, sophisticated weaponry, and a truly bizarre family history – all elements which make Dwight Schrute stand alone on the sidekick spectrum. 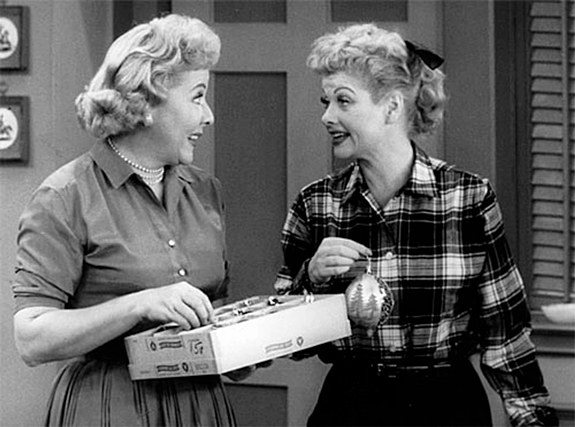 If you want one of the earliest templates for the ideal sitcom sidekick, look no further than Ethel on “I Love Lucy”: the sitcom best friend everyone wants. While often the voice of reason, Ethel would nevertheless be right alongside Lucy for her harebrained schemes. Lucy’s landlady and a former vaudeville star, Ethel took part in some of the most memorable plots in “Lucy” lore, including the dress shop, the homemade salad dressing, and the Japan trip. Without Ethel, most of Lucy’s wacky plots probably don’t happen – them’s just facts! 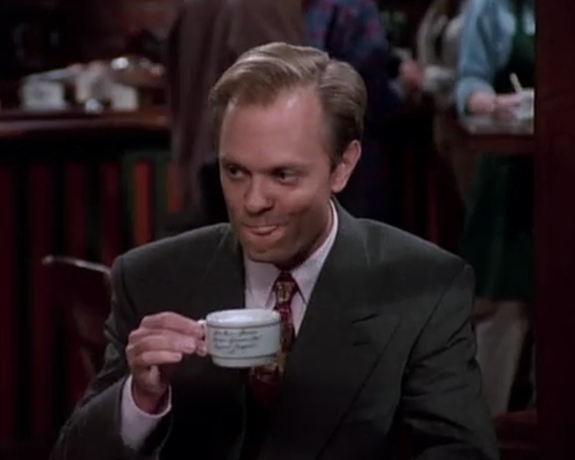 A spun-off “other guy” himself, Frasier Crane proved himself worthy of his own sitcom, a feat not easily accomplished (as proven here). Naturally, Frasier was required to transition from kickass supporting player to leading man, meaning someone had to fill that key second role. Enter Dr. Niles Crane, Frasier’s younger brother, closest ally, and often greatest rival. Niles was like a funhouse mirror version of Frasier, and the frequent spats and signature banter between the two were often as though we were viewing an inner-conflict between two halves of a single man’s soul. That being said, Niles was his own character of course, and therefore brought his own hilarious quirks to the table. Was there ever a fussier, snootier, (and yet still lovable) sitcom character? In fact, if not for Niles, who’s to say “Frasier” would have been the multiple Emmy-winning series that it was? 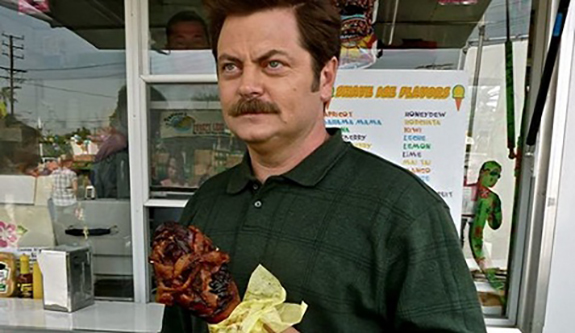 Leslie Knope was the shining beacon of positive Pawnee spirit on “Parks and Recreation,” a go-getter who believed that government could accomplish anything with a little determination and a pocket full of dreams. Then, there’s Ron Swanson – the anti-Knope. Decidedly anti-government and pro-breakfast foods, Ron became probably the most Internet meme’d supporting character of them all, and with damn good reason. Ron’s frank life philosophies are golden words to live by. Ron-centric episodes were highlights of the series, particularly his misadventures with his multiple ex-wife Tammies and his sax-playing alter ego, Duke Silver. However, we often got to see Ron’s softer side as well, most notably in this year’s final season episode “Leslie and Ron.” 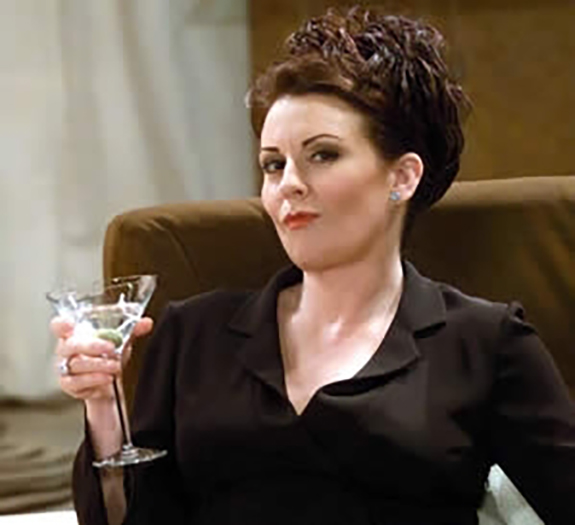 And now, Ron Swanson’s real-life wife (and one of the previously mentioned Tammies).

Megan Mullally’s socialite Karen Walker gave “Will & Grace” a kinetic screwball energy. With delightful abandon, Karen boozed, pill-popped, and might as well have originated “hashtag no filter,” as she indeed had no filter (or hashtag). In fact, “Will & Grace” should probably have been titled “Karen (& Sometimes Jack [& Sometimes Will & Also Grace Is There]).” 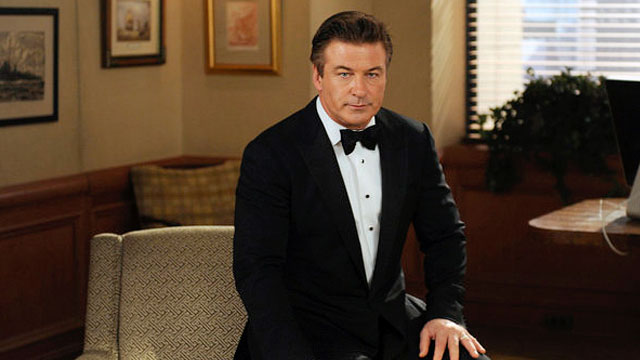 It’s rare that “a suit” can be one of “our guys,” but Jack Donaghy holds that rare distinction. Liz Lemon’s mentor, boss, and occasional adversary, executive Jack Donaghy was “30 Rock”‘s resident adult. Reportedly based on Lorne Michaels, Jack’s business practices (he was NBC’s head of Microwave Oven Programming, after all), conservative philosophies, and parade of celebrity love interests provided “30 Rock” with a bottomless well of hilarity. Additionally, any episode involving Jack’s relationship with his mother, Colleen (played by Elaine Stritch) made for some damn fine television. 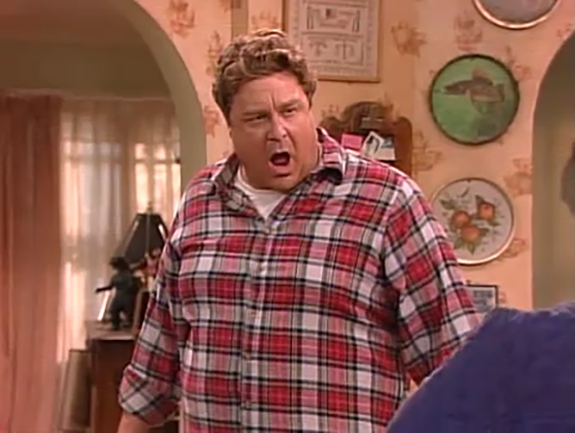 Dan Conner was as blue collar as a network sitcom dad had been portrayed at that point in history – he was a drywall contractor, for crying out loud! As Dan, John Goodman bounced off of Roseanne masterfully, leading to a relationship dynamic rarely seen on network sitcoms. Roseanne may have been the show’s namesake, but the impressively realized nature of the central couple is what set the show apart. There’s no “Roseanne” without Dan. 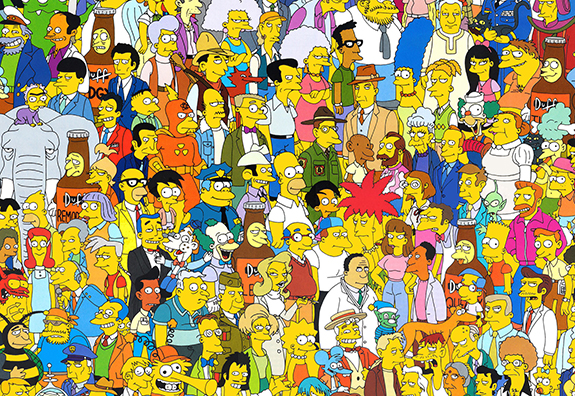 “Ex-cellent!” “Haw-haw!” “Hiddily-ho!” “Thank you, come again!” “Worst. (Anything). Ever.” – these are all catchphrases the main cast of any sitcom would literally kill for!

“The Simpsons” started out as quick minute-long interstitials on “The Tracey Ullman Show” centered mostly on the family of Homer, Marge, Bart, Lisa, and Maggie. Once picked up to series, the universe of “The Simpsons” expanded, and quickly. Soon, we got to know the town of Springfield – the next door neighbor (Flanders), the tyrannical boss (Burns), the entire school staff (Skinner, Krabappel, Willie, Otto, Lunchlady Doris), the local merchants (Apu, Moe, Comic Book Guy), and thousands of others. To narrow it down to one character would be missing the point of what made “The Simpsons” great. Naturally, the heart of the show lies with the Simpson family, but the town of Springfield became the show’s true secret weapon.