A lost Rolling Stones movie and other things we learned from Judd Apatow’s conversation with Howard. 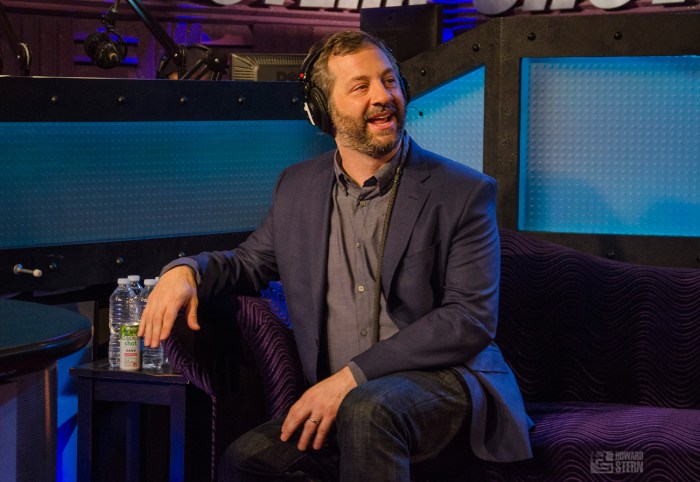 Judd Apatow has worked with countless giants of comedy lore. For Hollywood comedy legends, you could play “Six Degrees of Kevin Bacon” with Judd Apatow and really only need about two degrees (at most). Naturally then, it makes sense that Judd would bring some amazing stories to his interview with Howard today.

Here are a few of Judd’s most fascinating tales from his life in Hollywood. And for even more Judd check out his new book Sick in the Head: Conversations about Life and Poverty.

1. (He Can’t Get No) Collaboration

In the early nineties, Judd and Ben Stiller wrote a movie for the Rolling Stones and a very young Brad Pitt. As a result, Judd experienced numerous phone calls with Mick Jagger, and eventually a very star-struck dinner.

“I couldn’t talk for an hour.”

The experience led to Judd attending Ron Wood’s rock star-studded birthday party, where he met Jagger’s daughter (though he could not hear a word she said). The highlight of the experience came when Ben and Judd got to pitch their film to the Rolling Stones. “I totally lock up – I’m terrified,” said Judd. “Keith Richards is looking right at us, and I’m just white.”

Amazingly, Judd and Ben were invited to stick around and watch two-and-a-half hours worth of band rehearsals, complete with Jagger check-ins to see if they wanted any water. “I kept saying to Ben – ‘this is the best moment of our lives!'” The band agreed to do the film, but unfortunately it all fell through when Brad Pitt landed a little film called “Se7en.” 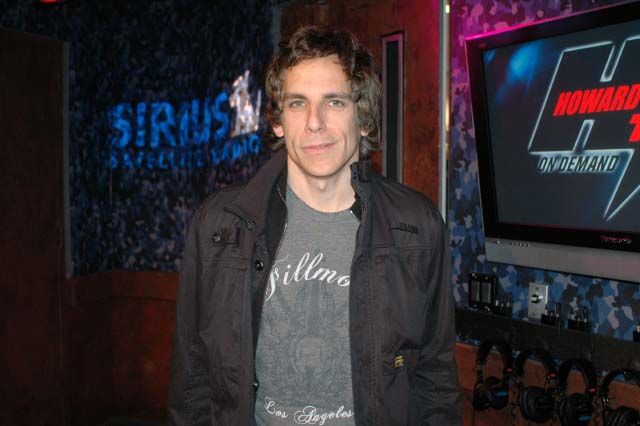 2. He Was Thrown Into the Directing Deep End

Judd’s first directing gig on the iconic “Larry Sanders Show” was an intimidating one. After all, how do you tell master thespians Rip Torn, Gary Shandling, and Jeffrey Tambor how to do their jobs? It apparently wasn’t easy for Judd, who was even given a defiant “NO!” from Jeffrey Tambor (playing “Hey Now” Hank Kingsley, of course) when Judd approached him for notes. However, Judd said he learned from this gig that sometimes the smallest acting notes can change everything.

3. He Worked For A Charity…As A Charity

While in college, Judd was so eager to work for Comic Relief that he offered to work there for free, which he did for a full year! Mainly, Judd’s work consisted of calling smaller comedy clubs to set up satellite benefits. While he never met Robin Williams during his time there, Judd mentions that the two did have lunch a few years before his death. Judd highlights Robin’s gentle kindness, particularly in his empathy towards Mel Gibson, who he pitied as merely “an angry drunk.” Unfortunately, Judd and Robin never worked on any projects together.

4. He Knows How To Get An Autograph 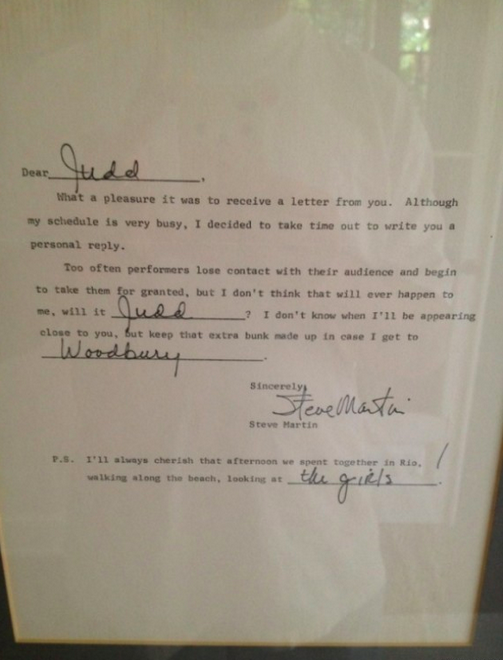 As a young man, Judd set a goal – he wanted Steve Martin’s autograph. Thus, he approached the situation very directly…and went to Steve’s house. That’s right. Steve initially refused an autograph, saying he doesn’t give autographs in his own house (or the street outside for that matter). Defiant, Judd wrote Steve an angry, delightfully threatening letter demanding an apology. “Then to be a super stalker I put it in his mailbox – no stamp!” Well, it worked, and Judd received a book from Steve with an inscription reading, “I’m sorry, I didn’t realize I was speaking to THE Judd Apatow!” Keep in mind this was 1980. Judd cites the incident as the first time he felt he could work in comedy, since he assumed his letter must have made Steve laugh.

After working with Judd on “The Cable Guy,” Jim Carrey asked his assistance when auditioning for the role of Andy Kaufman in 1999’s “Man On The Moon.” Despite reports that Judd directed Jim’s audition, Judd claims he just held the camera. That being said, Judd had a huge interest in Andy Kaufman, and helped Jim prepare accordingly. At one point, the two traveled to Long Island together, where they met Andy Kaufman’s father.