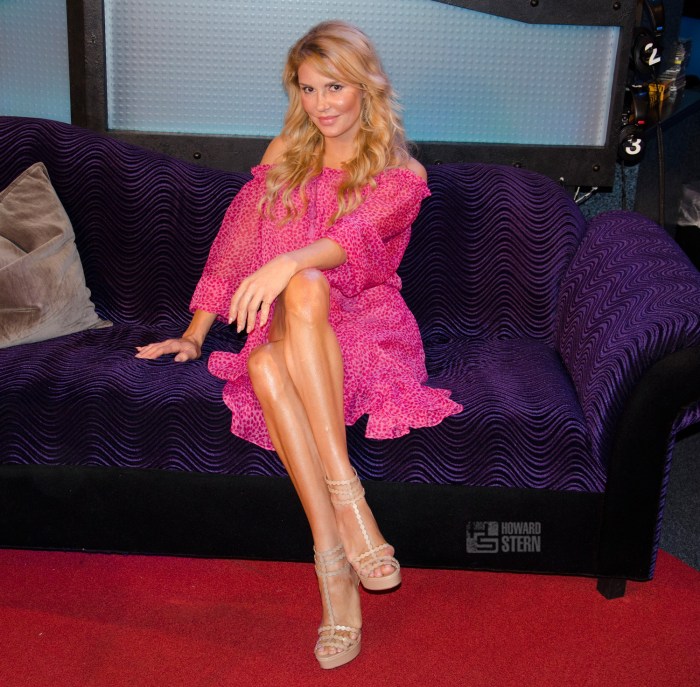 Former “Real Housewife” Brandi Glanville arrived at the Howard Stern Show Wednesday morning ready to discuss the real behind-the-scenes drama that led to her leaving the show as well as where her career is headed next.

Amid rumors that she had been fired from the show, Glanville first clarified that she voluntarily left because it just “didn’t make sense” for her anymore. “I didn’t want to do the show again … because I took so much heat from … I was doing things to my own detriment that I couldn’t explain,” Brandi told Howard, referring to an incident where she slapped castmate Lisa Vanderpump among other wine-throwing outbursts.

“I really didn’t want to come back,” she continued. “I have other offers to do other things. And I said, ‘Listen, I will come back if it makes sense – if it’s with Yolanda or if it’s with Kim.’ Otherwise, I don’t talk to the other ladies and I don’t like them.”

While she wasn’t ready to reveal much about her other offer, she did say that it was with a network as opposed to a production company — the safer route in her opinion — and didn’t deny that it was Bravo (though she also didn’t confirm it).

Nevertheless, it must be a significant opportunity considering Glanville was poised to reportedly make $500,000 for the next season of “Real Housewives” if she stayed. Furthermore, the departure seems to be causing some serious problems in her personal life too.

As the shows prime instigator, Brandi received a ton of backlash from Vanderpump and Richards who were the main mouthpieces behind the rumor that she got fired.

“But here’s what sucks and this is why they’re c-nts,” Glanville bemoaned to Howard. “Because they’re saying I got fired, and I’m in the process of moving, trying to rent a house for my two children, and no one will rent to me because they don’t think I have a job … I’m stressed definitely. I have so much on my plate, we have to move — I don’t know where we’re moving to. I have two weeks.”

If you ever doubted the dangers of being on reality TV, take this story as a warning.

Listen back to the full interview on SiriusXM for more outrageous stories from the ever-intriguing Brandi Glanville.