Alec Baldwin Reflects on His Career

The star of "Mission Impossible: Rogue Nation" sits down with Howard 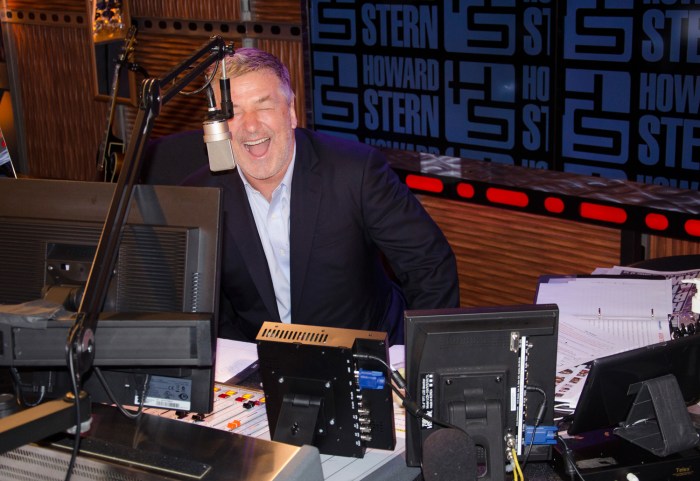 Alec Baldwin returned to the Stern Show Tuesday morning and was chock full of stories that ran the gamut from his early career landing roles like Joshua Rush in “Knot’s Landing” through to his thoughts on politics, his family, working with Tom Cruise on “Mission Impossible: Rogue Nation,” and lots more. Read on (below) for some highlights and listen back on-demand for the full interview.

Howard wondered if there were roles that Baldwin had really wanted at any point in his career that he didn’t get, to which Alec recalled auditioning for the part of Henry Hill in “Goodfellas” that Ray Liotta ultimately got cast.

He also remembered telling Liotta, “You know Ray, a lot of times guys get parts that I go up for and I don’t get the part and I think to myself, ‘I think I would’ve been better in that part,’ but you’re the one example – that’s not true.”

Spoken in front of a room full of people, the words were a true compliment to Liotta’s skills as an actor.

In Defense Of Tom Cruise & Scientology

After working with Tom Cruise on “Mission Impossible: Rogue Nation,” Alec admitted having a bone to pick with those who actively attack the Church of Scientology – a rare defense from someone not thought to be involved with the church at this time.

“Every religion to me is extraordinarily bizarre,” Howard offered in agreement.

Baldwin was especially critical of the HBO documentary “Going Clear.” Though he is a fan of both writer Lawrence Wright and director Alex Gibney, he thought the film made accusations about the movement and Cruise that he thought it really didn’t back up with proof. “You’ve got to prove that someone did something,” he countered.

Moreover, no matter if it’s Scientology or the latest fad, Alec said he thought it’s really none of anyone’s business.

Alec called working with Tom Cruise on the movie the “height of filmmaking.” His personal beliefs didn’t play into their relationship at all, he said.

It wasn’t all work. Alec is a very political person – despite the fact that today he didn’t want to get into the the state of the upcoming 2016 election. But no one can avoid talking about Donald Trump and Alec’s somewhat supportive comments may come as a surprise. Make sure to watch the full clip above!

Alec also recalled the funny moments that followed him winning a role on the soap opera “Knots Landing” early on in his career.

It was in 1984, so no one had cell phones at this point. After the audition Alec pulled over on his way home to call his agent. When his agent asked him how it went, Alec told him he thought it went pretty well to which his agent responded: “You think it went pretty well? They want to hire you, you moron!” The catch was that they wanted to make the deal right that minute.

For him, Baldwin told Howard, it felt like the ground was shaking. It was the most money he had ever made.

On TMZ’s Kingpin: “He Loathes and Detests Everyone”

Howard said he could sense that Alec is happy in his life now. “For a while I was worried about you” though, Howard admitted. “I felt you were getting very irritated by the paparazzi, Harvey Levin, TMZ. It felt like the world was on your shoulders.”

Baldwin said he was recently interviewed for a piece the New Yorker is doing on TMZ’s kingpin, Levin. “I think Levin is a man who – I mean, he loathes and detests everyone … but probably no one more so than himself. I mean, he probably hates himself more than anything. You really get that vibe from him.”

More than anything though, Alec said he was infuriated by the dichotomy of an industry where Warner Brothers owns TMZ. Thus when you’re like him, “you go down one hallway and you make a movie for them. And you go down another hallway in the same building and there’s Harvey Levin chopping your legs off.”

Come on down! Baldwin Wants More Kids and to Host a Show Currently on the Air

To the surprise of everyone in-studio, Alec told Howard that he wants at least one more kid – and this only months after he and his wife Hilaria had their second child together.

“We have two great kids,” he gleamed. “You keep wanting to recreate that experience.” He said he might even go for 2 or 3 more children.

Howard wondered what was happening to him that he wanted such a thing at 57, but Alec stayed strong in his conviction.

P.S. Alec posed in Howard’s chair for the above photo because he claimed there is a show that really wants to host, but wouldn’t say which one. This was his hint to Howard and America.