Check out some fun activities from artist and Stern Show fan Ken Kreator! 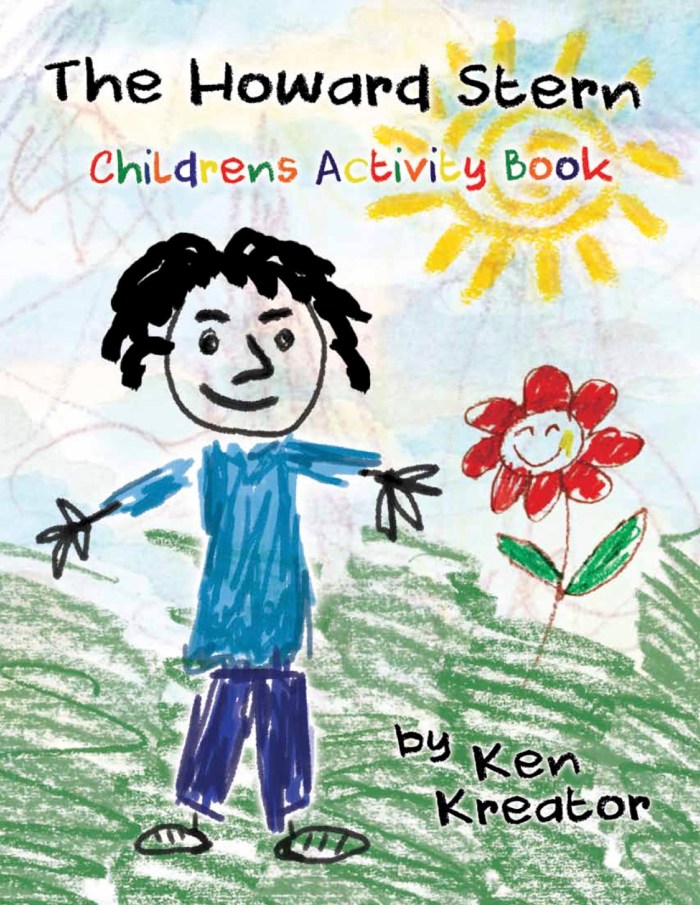 Stern Show fan and talented artist Ken Kreator has developed an awesome new “childrens activity book” based on the show, but make no mistake, this one is meant for the adults and you will surely have a blast filling it out!

Here’s a page from Ken’s “Howard Stern Childrens Activity Book” — be sure to download it below, complete it, and send us back a photo on Twitter or Facebook!

Ken Kreator was born in July of 1983, in the town of Port Chester, NY, which is a few miles north of Manhattan. His father was a hard working carpenter and his mother worked in Human Resources for a local City Hospital. Growing up he always had a good eye for art. But during his teenage years this passion landed him in a lot of hot water as he hit the streets painting graffiti art after falling in with one of the city’s many local graffiti crews. He eventually took this talent to the computer and went to design school in Los Angeles in 2005. After graduating school he worked as an Art Director for companies like Heineken, Mike’s Hard Lemonade, and the California State Lottery. He showcases his love for comic books, cartoons, and nonsensical story telling in all of his original artworks, such as The Littlest Boogie Mans, 101 Uses For Poop and The Howard Stern Children’s Activity Book.