A sneak peek at the epic conclusion of the celebrated saga! 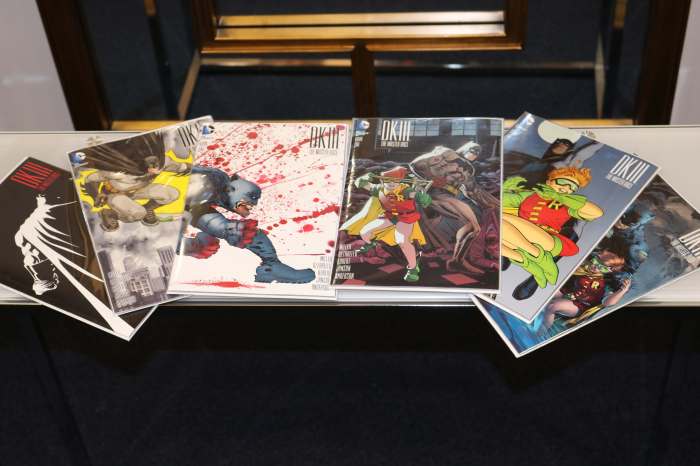 After DC Entertainment announced that legendary Batman writer and artist Frank Miller would write the third installment of the celebrated THE DARK KNIGHT RETURNS saga, we knew we had to get involved somehow.

“THE DARK KNIGHT III: THE MASTER RACE #1” hits shelves on Wednesday 11/25 and features 47 variant covers (see them all here) — each one exclusive to their respective comic book store across the country and designed by iconic artists ranging from Kelley Jones to Tim Sale, Jae Lee, Neal Adams, Gabrielle Dell’Otto and so many more. Find out where you can grab a copy for yourself here.

Today we are excited to bring you the first of many exclusives with a sneak preview of Issue #2! Be sure to STAY TUNED for more exclusive interviews, giveaways, and more! 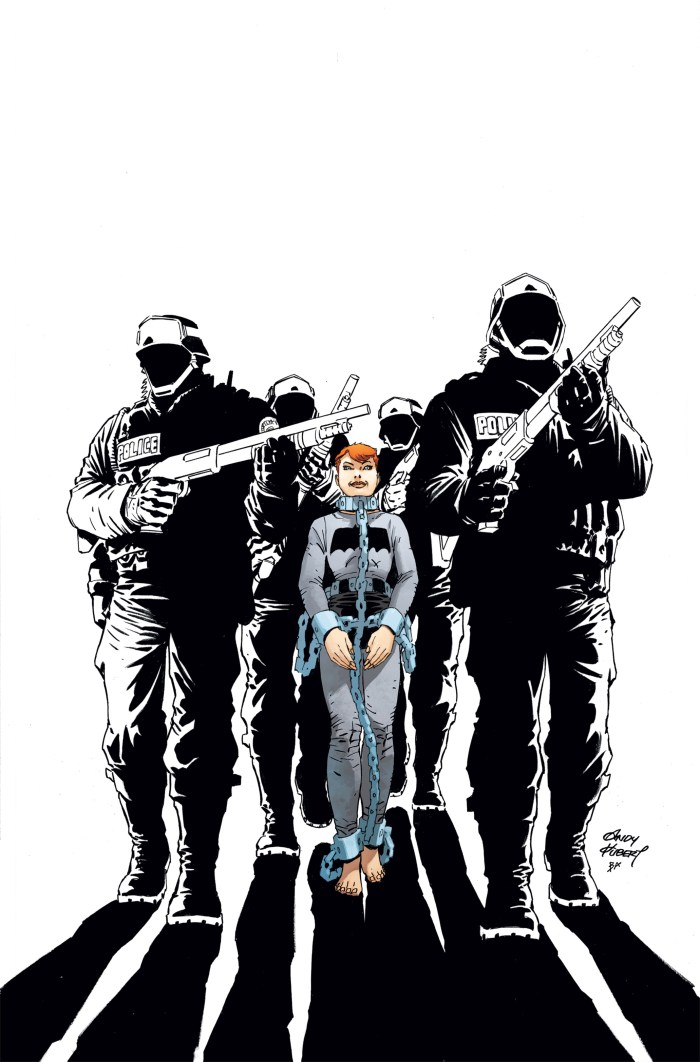 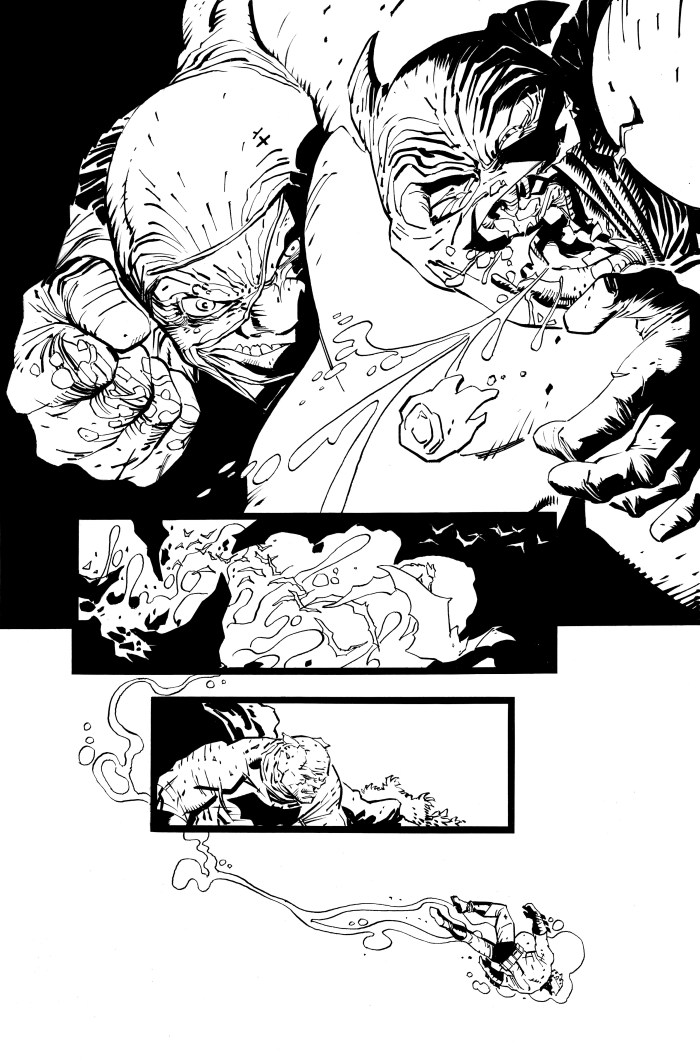 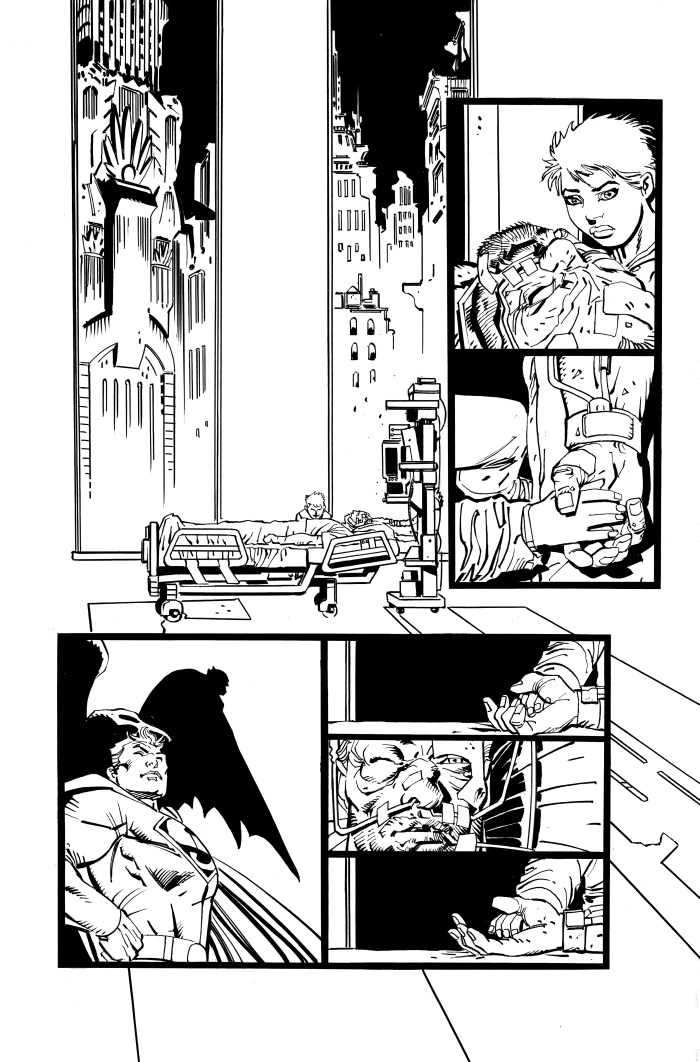 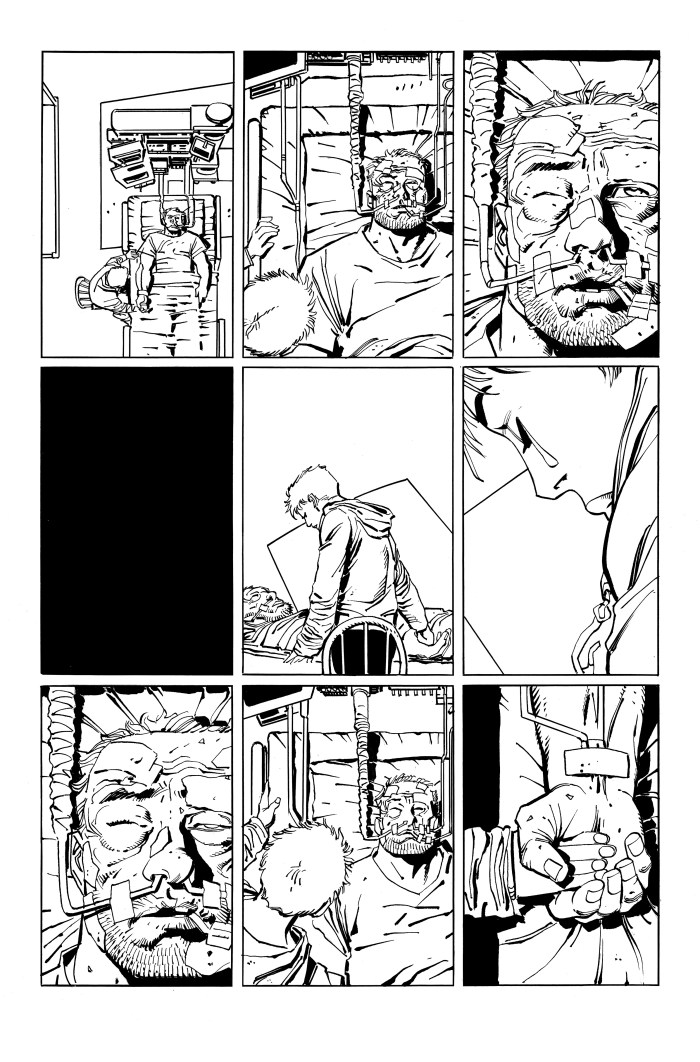 About “THE DARK KNIGHT III: THE MASTER RACE”

The “THE DARK KNIGHT III: THE MASTER RACE” is the sequel to Miller’s 1986 classic THE DARK KNIGHT RETURNS – heralded by TIME Magazine as one of the 10 greatest graphic novels of all time – and its 2001-2002 follow-up series BATMAN: THE DARK KNIGHT STRIKES AGAIN.

Miller will be joined by acclaimed writer Brian Azzarello (100 BULLETS, JOKER, and WONDER WOMAN) on the eight-issue comic book periodical, to be published twice a month under the DC Comics imprint.

“Batman remains my favorite comic book hero and a sequel to Dark Knight is going to be daunting,” said Miller, “but we’ll do our best.”

“We are thrilled to have Frank back home at DC writing Batman,” according to Dan DiDio and Jim Lee, Co-Publishers for DC Entertainment. “The story he and Brian have crafted is an astounding and triumphant conclusion to this seminal body of work which influenced and shaped generations of readers and creators alike.”

According to Azzarello, “It’s been an amazing experience collaborating with Frank these past six months. I think we have an epic story that these characters truly deserve.”

Find out where your local comic book store is by clicking here!