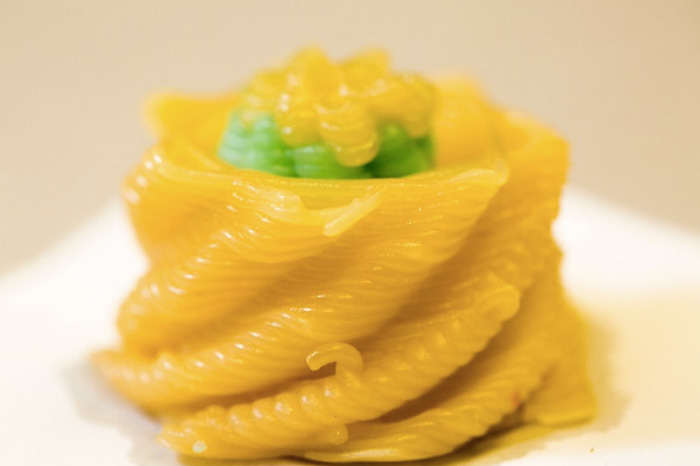 Columbia University mechanical engineering professor Hod Lipson created an appliance which could revolutionize the kitchen. Over the past year, he and his students have designed a new kind of 3D food printer, which Smithsonian Magazine reports might allow people to digitally print entire meals at a time.

3D printed edibles exist in the marketplace – from chocolate to gummies – but Lipson’s device has taken things to a whole new level. “[It’s] capable of producing edible items through computer-guided software, while pastes, gels, powders, and liquid ingredients are cooked during the process,” writes 3Dprint.com.

Lipson believes his appliance can do more than provide fast and delicious food, claiming it can also provide health and nutritional benefits by creating custom food solutions based on the biometric data of its users. “Imagine a world where the breakfast that you eat has exactly what you need that day,” he told Smithsonian Magazine. “Your muffin has, say, a little less sugar, a little more calcium.”

In the meantime, however, Lipson still has to iron out a few kinks. “One thing we’ve learned is printing in cream cheese is very easy, but printing in polenta and beets is very hard,” he said.

Read more about the project on Columbia University’s engineering page.