The radio signal could be from an alien civilization 95 light years away, according to reports 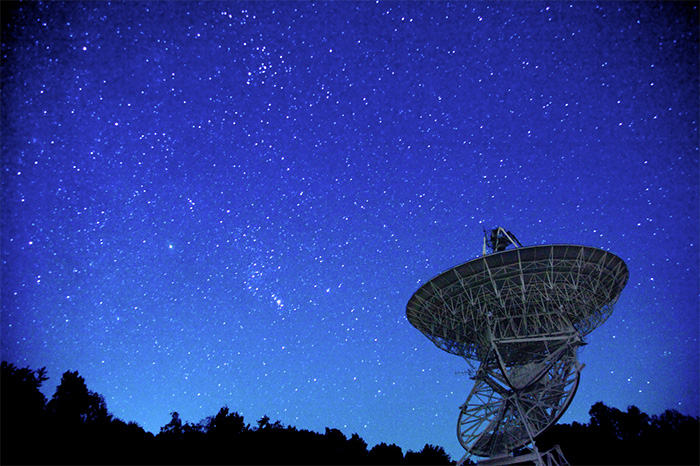 Ready the boards with nails in them because astronomers may have discovered a transmission from an advanced alien civilization.

A team of Search for Extra-Terrestrial Intelligence (SETI) researchers is reportedly tracking a “strong” radio signal emanating from a star called HD 164595, in the Hercules constellation nearly 95 light years away. Some hypothesize that the signal could point to an alien civilization in that general vicinity, perhaps one considerably more advance than our own.

The signal was first detected by the Russian Academy of Science back in May of 2015, according to Observer, using a RATAN-600 radio telescope in Zelenchukskaya, Russia. The researchers initially hid their discovery from the international community, but now they’ve published their findings for the world to see.

CNN spoke to several scientists who believe the discovery could be significant. “The signal from HD 164595 is intriguing, because it comes from the vicinity of a sun-like star, and if it’s artificial, its strength is great enough that it was clearly made by a civilization with capabilities beyond those of humankind,” said astronomer Douglas Vakoch, president of METI International.

Now the SETI Institute and METI International are diverting some of their radio telescope arrays toward HD 164595, in the hopes of better studying the signal.

The results of the investigations are expected to be further discussed on Sept. 27 in Guadalajara, Mexico at the 67th International Astronautical Congress, so stay tuned (literally, if you own a radio telescope).

Read more about the discovery here, here, and here.