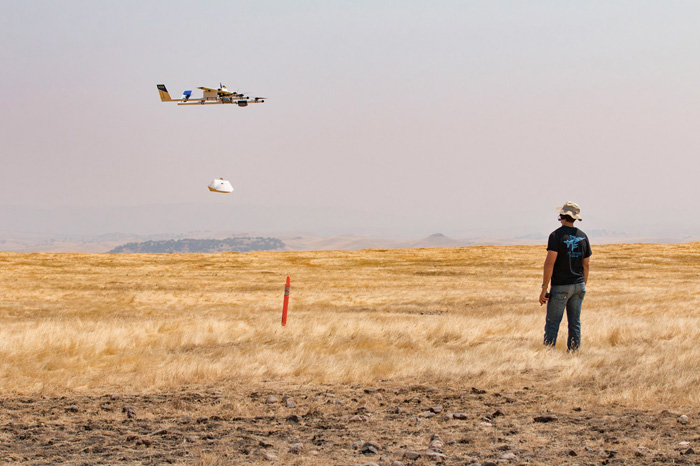 Google’s parent company Alphabet Inc. has partnered with Chipotle and Virginia Tech University to bring college students the one thing they never even knew they were missing: flying burritos.

Alphabet Inc.’s Project Wing division recently unveiled its Federal Aviation Administration-approved plan to use drones to deliver burritos to students at the Blacksburg, Virginia university. The experimental drone delivery service kicks off later this month, almost 48 years after The Flying Burrito Brothers released its first album, and will last for only a few weeks.

The drones being used to deliver this tasty food are self-guided hybrids capable of both hovering like a helicopter and flying like a plane. After reaching their mark, the drones will “hover overhead and lower the Chipotle edibles with a winch,” according to Bloomberg. It’s unclear whether the drones can accept tips.

Amazon and Walmart are experimenting with drone delivery services, too, but Bloomberg is calling Project Wing’s airlifted burritos the “most extensive test yet” in the United States. “It’s the first time that we’re actually out there delivering stuff to people who want that stuff,” Dave Vos, who heads up Project Wing, told Bloomberg.