FBI Director Cautions All Laptop Owners to Cover Up Their Webcams

"There's some sensible things you should be doing, and that's one of them," says James Comey 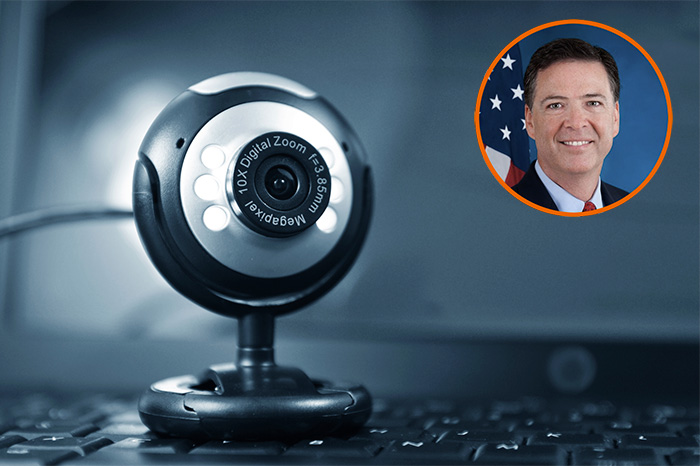 It may pay to be paranoid, one of America’s highest ranking law enforcement officers has confirmed.

Wednesday, FBI Director James Comey endorsed putting tape over a laptop webcam to ensure a modicum of privacy in the event someone has hacked into your system and is secretly watching your every move.

“There’s some sensible things you should be doing, and that’s one of them,” Comey said during a conference at the Center for Strategic and International Studies. “You do that so that people who don’t have authority don’t look at you. I think that’s a good thing.”

“I hope people lock their cars… Lock your doors at night… if you have an alarm system, you should use it,” he continued. “It’s not crazy that the FBI director cares about personal security as well… So I think people ought to take responsibility for their own safety and security.”

The news of Comey’s personal taping habits broke back in April, shortly after he took Apple to task for refusing to help the federal government circumvent security measures on an iPhone owned by one of the San Bernadino, Calif., shooters.

At any rate, “X-Files” fans in tinfoil hats can no longer claim sole ownership over digital paranoia. Not only is Comey, who oversees the nation’s largest cyber crime task force, worrying about webcam security, but so is tech guru Mark Zuckerberg. In June the internet had a field day after Facebook’s founder and CEO published an image showing tape covering his laptop’s built-in camera.