100-Year Old Tortoise Has Way More Sex Than You

“Super Diego” is responsible for over 1,000 offspring 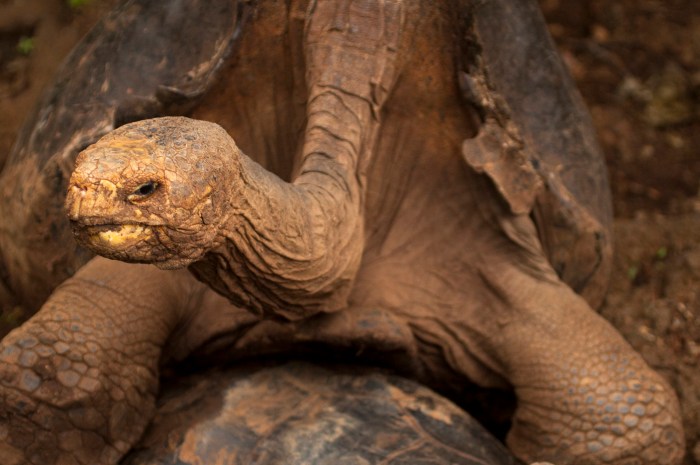 Many tortoises live out their 100-plus year existences without any real accomplishments, aside from beating the occasional hare in a foot race.

Diego has changed the tortoise game.

In 1976, Diego was brought to the Galapagos Islands for the purposes of repopulating the endangered hooded tortoise species. Living in a breeding facility with six females, Diego got to work and quickly learned he had a knack for this sex thing. You might say he “came out of his shell.” Today “Super Diego,” as he is known, has fathered more than 1,000 babies and is now single-handedly responsible for 40 percent of the Earth’s hooded tortoise population.

Thus, Diego’s mojo has brought the hooded tortoise back from the brink of extinction. To provide some context, three other Galapagos-based tortoise species have gone extinct. It looks like every species could use a Diego.