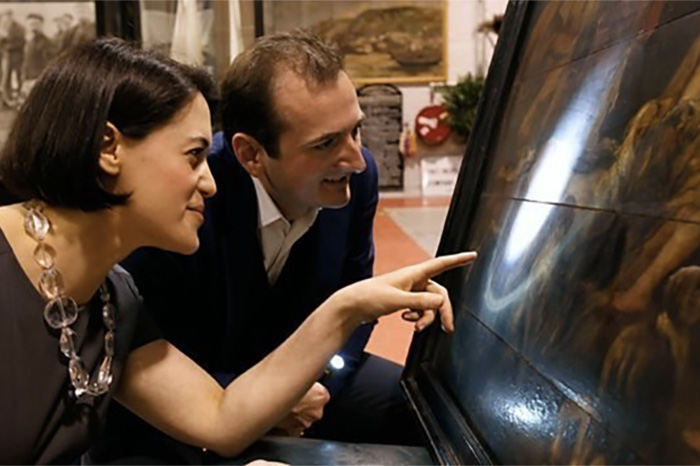 A painting at first believed to be a cheap replica may actually be a $26 million masterpiece.

While filming the BBC series “Britain’s Lost Masterpieces” at the Haddo House in Aberdeenshire, Scotland, an art historian discovered an overlooked painting (initially valued at only $26) which is now believed to have been created by the legendary 16th Century artist Raphael.

Originally thought to be the work of “minor Renaissance artist” Innocenzo Francucci da Imola, the painting depicts the Madonna, a.k.a. the Virgin Mary. It was uncovered by Dr. Brendor Grosvenor while “Masterpieces” was being filmed at a fancy home under the care of the Scottish National Trust.

“I thought, crikey, it looks like a Raphael,” he told The Guardian. “It was very dirty under old varnish, which goes yellow … Being an anorak, I go round houses like this with binoculars and torches. If I hadn’t done that, I’d probably have walked past it.”

The painting was created between 1505 and 1510, according to the report, but at some point in the 19th Century, it was miss-classified as a Fancucci da Imola reproduction.

The Madonna hasn’t yet been verified by other independent Renaissance experts, but when and if that happens it will become Scotland’s first Raphael.