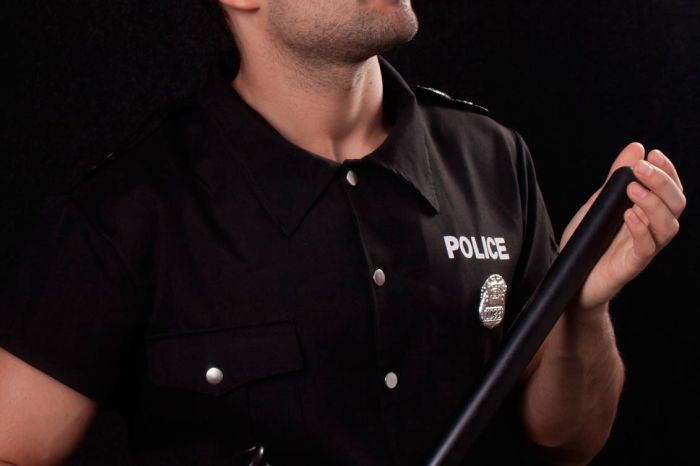 A Bethlehem, Pennsylvania patrolman had just finished his night shift when court records state he exposed himself while driving home. The cop was allegedly caught by a woman driving a box truck next to him who later told authorities he was “waving it around” and fondling himself.

This isn’t the only time the accused masturbator has whipped it out in public – he also admitted to exposing himself in a Target parking lot a week earlier. A different woman caught him doing the deed and later said he had his window down “as if he wanted to be seen.” According to court records, the officer explained he was not sexually gratifying himself but rather just trying to “stay awake while driving home from work.”

Other than the two counts of indecent exposure he now faces, it would seem this police officer was an upstanding member on the force. He was recently commended for running into a burning home to save someone’s life.

“This is always a sad day for law enforcement when these kinds of things occur,” said Lehigh County District Attorney Jim Martin.

While the department conducts an internal investigation, Bethlehem’s chief of police said this patrolman is suspended and will face further disciplinary action, which might include dismissal.