Halloween is right around the corner, which means it’s time to start hashing out your haunted house attendance plans. The decision gets more difficult each year, with more haunted houses sprouting up and existing ones upping their game, such as northern Virginia’s Paxton Manor. The 1872 mansion — which is somehow a learning and resource center for children by day — is so terrifying, it requires attendees to sign a waver before entering.

Fortunately, the Stern Show staff has Richard Christy – a resident expert on all matters of doing Halloween right. Here now is Richard’s personal list of Top 3 Halloween Events You Must Visit This October (and Why):

The Beast and Edge of Hell Kansas City, Missouri 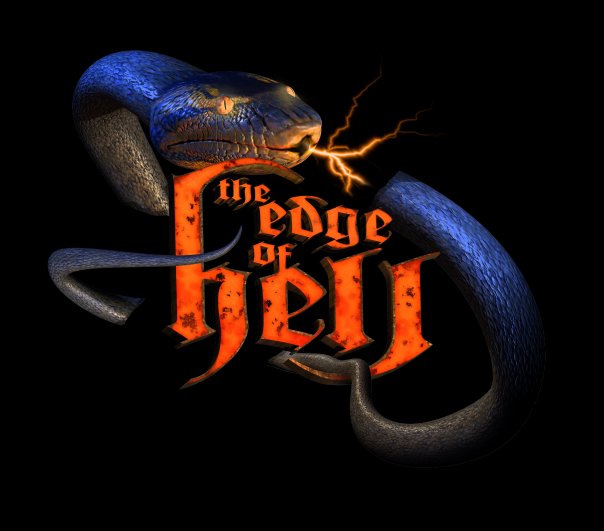 Richard: As a kid we had a Jaycees haunted house in Fort Scott, KS and a pretty awesome yard haunt called “Cowlishaws Spook Yard”, but the haunted house I would always dream of visiting when I would hear their radio commercials while listening to Kansas City Royals games on the radio with my dad was Edge of Hell Haunted House in Kansas City, MO. Around since the early 1970’s, I finally got to visit Edge of Hell as an adult and it scared the piss out of me! In the West Bottoms district of Kansas City where massive warehouses several stories tall have been converted into four different haunted houses including Edge of Hell and The Beast, these haunts take a long time to go through and are pretty much the scariest haunts I’ve ever been to. These haunts are so elaborate and there are even moments where you have to crawl through small tunnels to get to the next area. At the top of the warehouse you slide down a several stories high slide to get to the end of the haunt, it’s a blast! 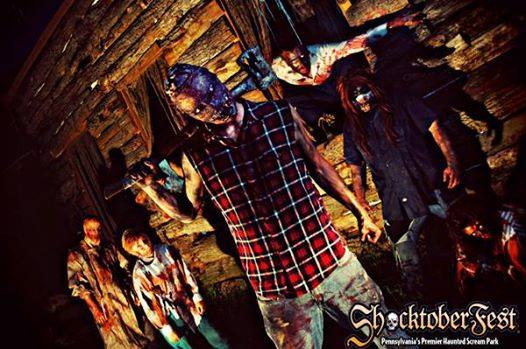 Richard: I’ve always loved haunted hay rides. My first haunted hay ride was at the age of 8 when my Uncle Herbie threw a Halloween party at the Redfield, KS community center. We watched the classic horror film The Evil Dead, competed in a costume contest, then took a hay ride through the country out to an old abandoned haunted house that my Uncle Herbie had set up, it was a freakin’ blast. With various fiends jumping out from beneath bridges and running out of cornfields to scare the riders on the hay wagon, it was pure Halloween bliss. My favorite hay ride as an adult is at Shocktoberfest in Sinking Spring, PA. It is very detailed, very scary, and just a hell of a lot of fun. There are several haunted houses at this haunt park as well, including one that made national headlines a few years back. Based on the television show Naked and Afraid, there was a haunted house that you could go through naked! Not sure if they’ll have it again this year but if you’re a nudist and love Halloween, this haunt is for you! 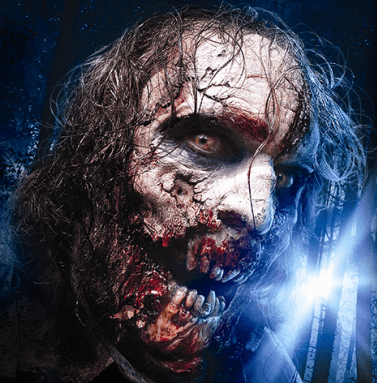 Richard: The creme de la crème (wow look at me using fancy phrases) of haunted Halloween events is Halloween Horror Nights at Universal Orlando in Florida. This will be my 20th year visiting this event and I can best describe it as Pure Halloweenie Heaven. At night Universal is turned into an immersive Halloween event that utilizes ever space in the park to scare the hell out of you…and there’s beer! With a bar on nearly every corner this is an adult’s version of the Jaycees haunted houses we used to all go to as a kid. Normally with around 8 different haunted houses, 3 scare zones (areas in the park you walk through where you’re chased with Chainsaw wielding maniacs or maniacal dwarfs), and multiple shows like Bill and Ted’s Excellent Halloween Adventure, it’s like walking into Halloween Town from Nightmare Before Christmas! If there’s a heaven when we die, for me it will be spending eternity at Halloween Horror Nights.