Video: ESPNU’s ‘Power Hour’ Debates Which Is Funnier: Baba Booey or Hit ‘Em With the Hein? 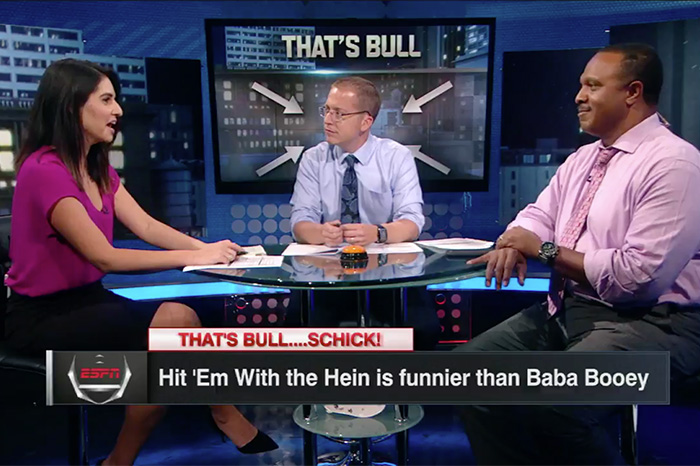 Two commentators from ESPNU’s “Power Hour” debated on Tuesday which Stern Show shout-out is funnier to yell at a sporting event: Hit ‘Em With the Hein or Baba Booey?

Elika Sadeghi explained it comes down to longevity. “Baba Booey is way funnier to say. It’s more fun to say and it’s the more long-running [phrase],” she said.

Across the table, former UCLA tight end Charles Arbuckle let out a “Hit ’em with the Hein” as a clear sign of which catchphrase he prefers. Arbuckle was quickly backed up by someone off camera, who let out an even louder “Hit ‘Em With the Hein.”

“We’ve officially jumped the shark,” show host Matt Schick said before moving on to the next segment.