Americans Are at Their Skinniest in Late October, Researchers Say 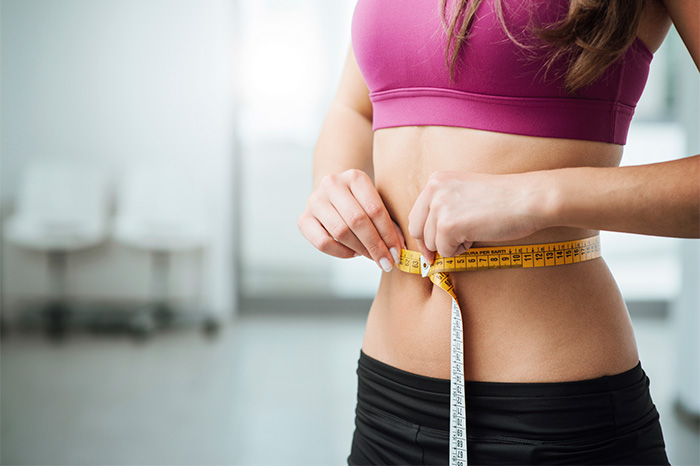 Don’t throw away those baggy pants just yet — if you’re anything like most Americans, this may be the skinniest you’ll be all year.

According to a three country study published recently in the New England Journal of Medicine, Americans typically reach annual lows in weight in late October or early November. But as the holiday season — and, more importantly, the prominence of pumpkin pie, mashed potatoes, and honey baked hams — grows closer, pants tend to get tighter. The Americans, along with the Germans and Japanese studied, were generally at their heaviest around New Year’s Day.

The study tracked weight loss and gain amongst thousands of participants who were using Withings wireless scales. The results varied by country (as shown in the graph below), but holiday weight gain was a constant. 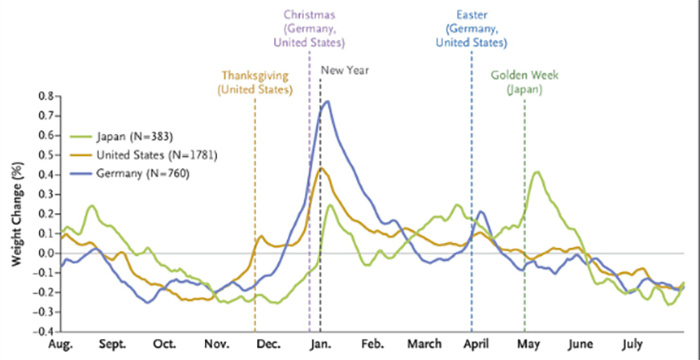 Click here for more information on the study. Click here to buy a bigger belt, just in case.