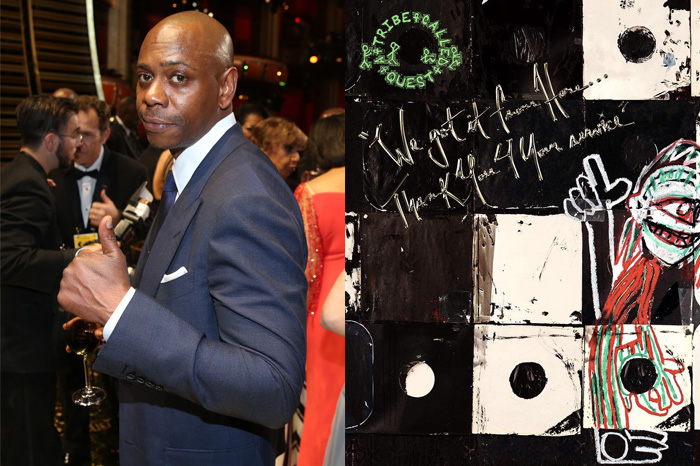 Dave Chappelle (left); album cover for A Tribe Called Quest’s “We Got It From Here… Thank You 4 Your Service​” (right) Photo: AP/Epic Records

Legendary comedian Dave Chappelle is set to host “Saturday Night Live” for the very first time on Nov. 12, alongside musical guest A Tribe Called Quest. It will be the NBC sketch series’ first episode following the Nov. 8 Presidential Election.

Though Chappelle has reportedly been performing small stand-up sets around New York City for some time now, this marks one of his first returns to the national stage since his critically adored Comedy Central series “Chappelle’s Show” concluded over 10 years ago. He had recently been spotted backstage at “SNL,” however, as Stern Show fans learned in October during Lady Gaga’s conversation with Howard Stern.

A Tribe Called Quest is returning from a long hiatus, too. On Nov. 11 the iconic hip hop act is set to release “We Got It From Here… Thank You 4 Your Service,” the group’s first album in 18 years. Missing from the “SNL” performance (though not the album), will be founding member Phife Dawg, who died in March.