The off-mic, but audible shout-out was made during “Daddy Lessons” during ABC's live broadcast of the 2016 Country Musica Awards 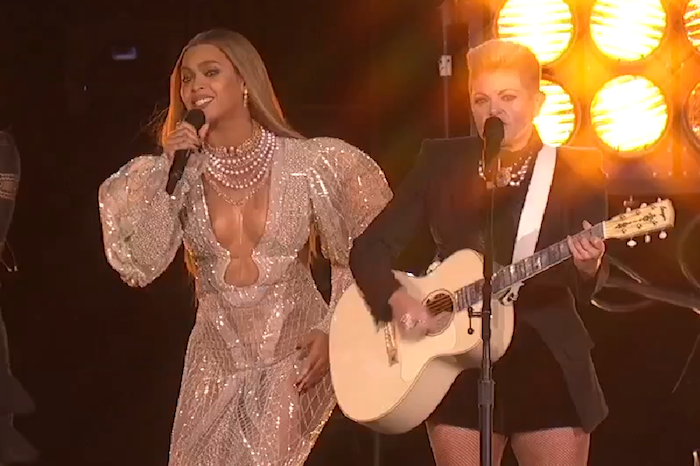 As Howard demonstrated on the show Tuesday, “Hit ‘Em With the Hein” is everywhere these days.

The catchphrase sensation made another appearance last week when super-fan Natalie Maines uttered the saying during the Dixie Chicks’ live Country Music Awards performance of “Daddy Lessons” with Beyonce. During an instrumental breakdown, Natalie claps and yells “hit ’em with the Hein” off-mic, but certainly audible.

The Dixie Chicks had been covering the Beyonce tune as part of their repertoire on their current tour, but the queen herself was on hand at the CMAs to join forces with Natalie and the girls. The collaboration sparked some controversy with CMA viewers, who weren’t too keen on Beyonce’s presence after the “Lemonade” singer’s recent activism.