The company recreates the iconic “shame, shame” scene with actual actors from the HBO hit 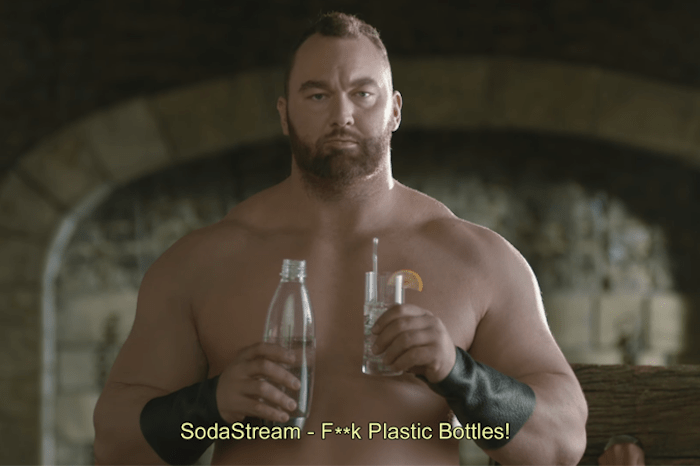 One wouldn’t normally associate HBO juggernaut “Game of Thrones” with a machine that adds carbonation to liquids. However, the two worlds have indeed collided.

Sodastream had just released a short film ad — titled “Shame or Glory” — recreating the infamous “Shame! Shame!” scene from “Game of Thrones” in an environmentally-conscious online ad. In the three-minute video, Cersei Lannister’s stand-in is Sodastream CEO Daniel Birnbaum, who is being shamed for purchasing many bottled beverages. The film features actual “Game of Thrones” actors Hannah Waddingham (Septa Unella, a.k.a. the “shame” nun) and Hafþór Júlíus Thor Björnsson (The Mountain), who speaks directly to camera, demonstrating how only Sodastream can save Mother Earth, before proudly proclaiming: “Fuck plastic bottles.”

Check out the epic ad (below):