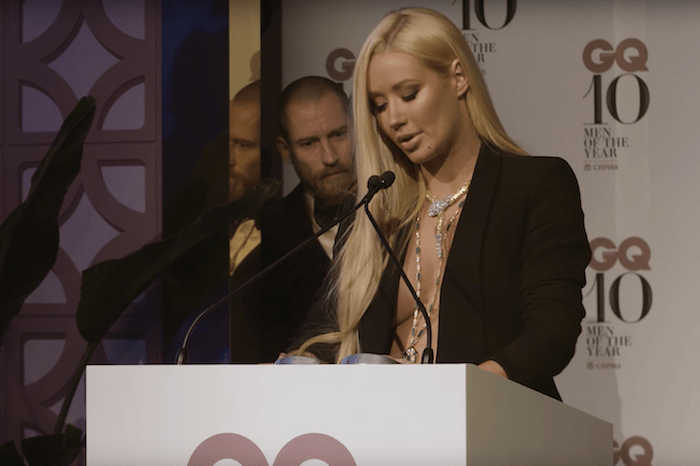 Rapper Iggy Azalea was named Woman of the Year at Wednesday’s GQ Australia Men of the Year Awards. Once the Australian-born musician was introduced, she wasted no time in describing how much this accolade meant to her. “I have won a lot of awards over the last few years, but this one means the absolute most to me because I can finally say that I have an award-winning vagina,” Azalea said. “Thank you so much.”

“This is amazing to me, I’ve got the best vagina in the world.” Azalea later claimed. “How do you say no to that … you don’t.”

Check out the clip (below).