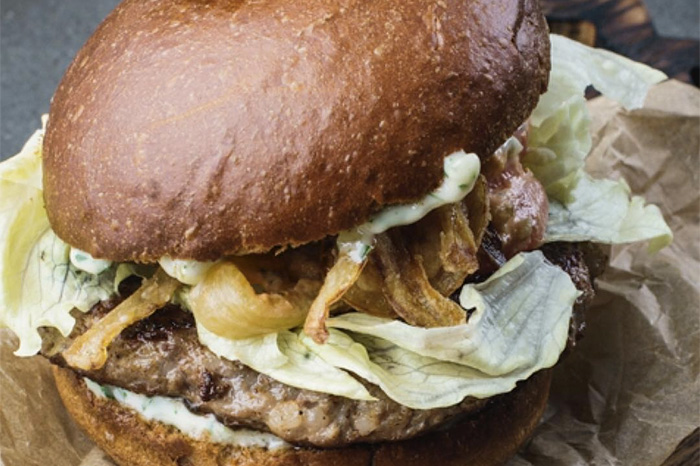 A trendy restaurant in Russia has recently added a river rat burger to its menu.

The Krasnodar Bistro in Moscow has actually just unveiled a variety of rodent items. In addition to being made into burgers, the giant orange-toothed rodent — technically called nutria — is also served as a hotdog, dumpling, or simply wrapped in lettuce.

While rat burgers may sound gross to some, chef and restauranteur Takhir Kholikberdiev swears that they’re perfectly healthy: “It’s a really clean animal; not only is it a herbivore but it washes all its food before it eats. And it’s very high in omega-3 acids. A lot of doctors and dietitians recommend it,” he told the Guardian.

The nutria burger, by the way, is served in a soft bun and topped with relish. Next time you’re in Moscow you can get one for 500 roubles ($8.50).

A photo posted by Krasnodar Bistro (@krasnodarbistro) on