Trick shot artists from How Ridiculous break the shooting record at Mauvoisin Dam in Valais, Switzerland 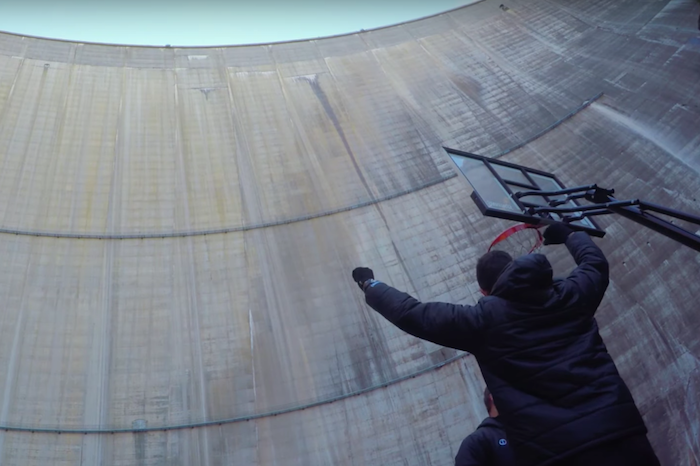 The guys from How Ridiculous have made a name for themselves by attempting (and making) absolutely absurd shots with various balls. However, with their latest stunt, they’ve raised the bar for themselves and all trick basketball shooters.

Atop the Mauvoisin Dam in Valais, Switzerland, How Ridiculous’s Derek Herron shot a basketball from nearly 594 feet above a hoop set up in the valley below and, on evidently just his third attempt, he sunk it. Herron’s impressive shot broke the previous record of 533 feet, according to Guinness World Records.

Check out the insane video (below).

Read more about the shot here.