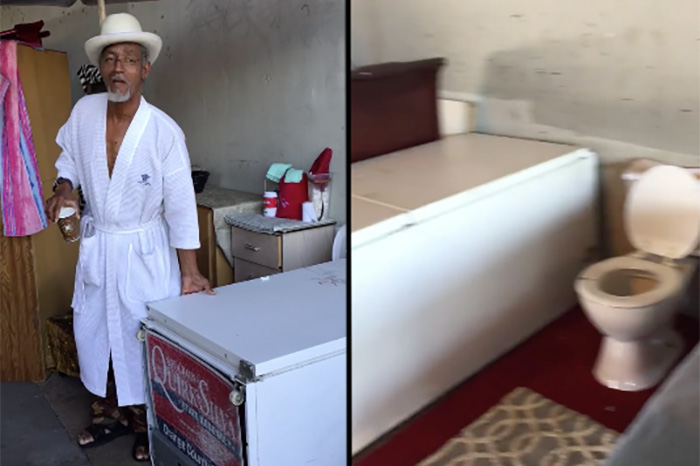 A homeless man in Los Angeles found internet fame after giving a digital tour of the elaborate living space he cobbled together under a freeway overpass.

“You have now entered Paradise Lane,” explained 59-year-old Ceola Waddell Jr. in a Facebook video which was posted in early November and has been viewed over 1.6 million times.

Ceola — a.k.a. Mr. Dice — gave the cameras a full tour of his relatively luxurious sidewalk compound (dubbed Paradise Lane). Its amenities include a toilet with no plumbing and an icebox-turned jacuzzi, to name a few.

For those who feel Paradise Lane is too good to pass up, Ceola said he’s renting out beds there for $10 a night or $25 for the week.