Kidioke gets in on the Stern Show catchphrase sensation 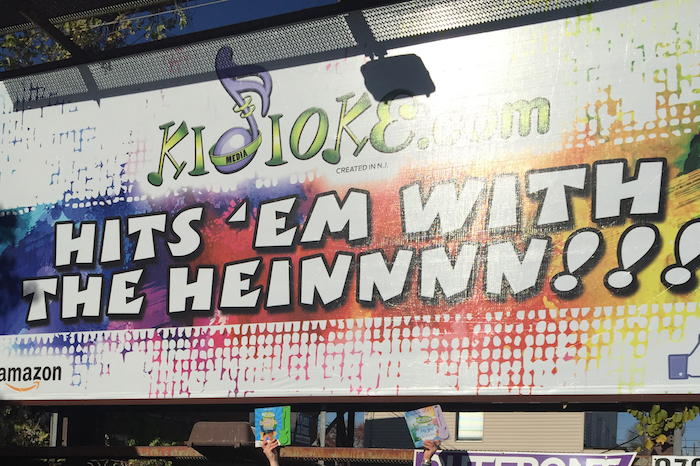 It’s no mystery that “Hit ‘Em With the Hein” has captured the hearts and minds of America (and the world). Now, the hit catch phrase has conquered a new field: kids’ karaoke.

Children’s sing-along company Kidioke sells electronic books and apps that are “songs come to life,” such as “My Girl” by the Temptations, “Lullabye” by Billy Joel, and “What a Wonderful World” by Louis Armstrong. The goal is to allow kids to sing-along as they read.

Kidioke’s marketing approach, however, seems to cater to the Stern Show fan, as evidenced by the billboard (below). “Hits ‘Em With the Heinnnnn!!!” reads the otherwise vague ad which serves as further proof there’s no context the Jon Hein-inspired catchphrase can’t conquer. The billboard was created by Kidioke owner and Stern Show fan Brian Dwyre (pictured below). 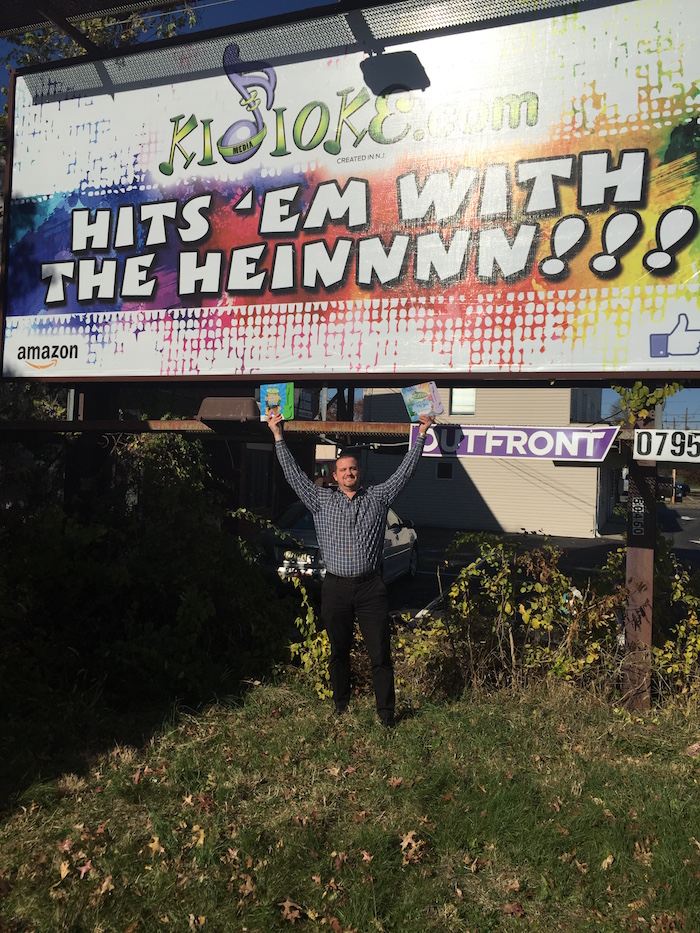