Government agency inches closer toward making MDMA a prescription drug, according to reports 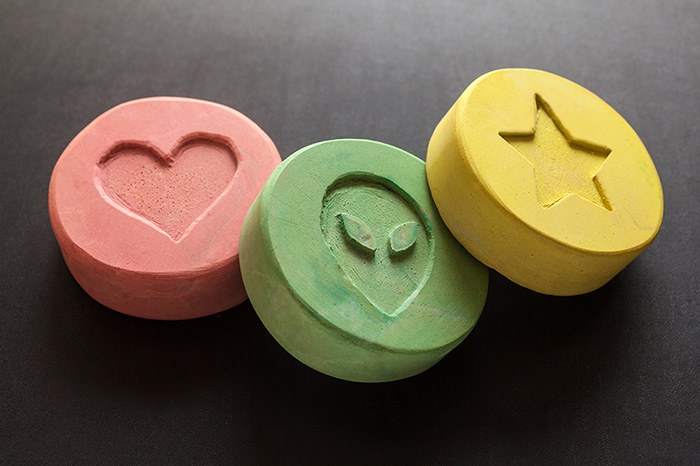 The Food and Drug Administration approved on Tuesday a phase-3 clinical trial which would use MDMA to treat post-traumatic stress disorder. Yes, that means the party drug Ecstasy may one day soon be getting prescribed by doctors to treat returning soldiers (or anyone else) suffering from PTSD.

The F.D.A. approved the large-scale clinical trials — which would be the final step before Ecstasy could get approved as a prescription drug — in part because of the success of earlier trials which produced promising results.

In covering the story, the New York Times interviewed C.J. Hardin, an Iraq and Afghanistan war veteran whose PTSD had at times made him suicidal. Hardin tried a number of different unsuccessful treatments before finding new hope through a MDMA trial test. “It changed my life,” Hardin told the Times. “It allowed me to see my trauma without fear or hesitation and finally process things and move forward.”

According to one of the studies sourced, PTSD-afflicted patients who were given three doses of MDMA reported a 56 percent decrease of severity of symptoms. By the time the study concluded, over 66 percent of its participants no longer had PTSD.

Per regulations, the F.D.A. declined to comment on the Times’ report, but the paper spoke with other doctors who were cautiously optimistic. One noted PTSD treatment is hard to come by while also worrying about the possibility of MDMA abuse, were it to start being prescribed.