Jimmy Kimmel to Host the 2017 Oscars

The award ceremony will be broadcast live on ABC on Feb. 26 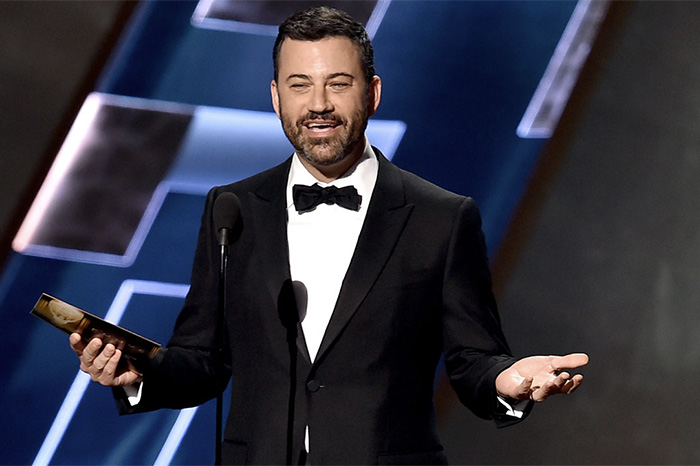 Late-night TV star and friend of the Stern Show Jimmy Kimmel has officially been tapped to host the 2017 Oscars on ABC.

The “Jimmy Kimmel Live!” star had been rumored to be a potential host, thanks both to his recent success hosting the Emmys on ABC in September and the fact that his late-night show and the upcoming Academy Awards air on the same network.

According to Deadline, this marks the first time all four of the big awards shows have in a row been hosted by the late-night host of that network, with Kimmel tackling ABC’s Emmys and Oscars, NBC’s Jimmy Fallon hosting the Golden Globes, and CBS’s James Corden hosting the Grammys in early February.

Kimmel has already taken to Twitter to jokingly warn the Academy not to change its mind:

Yes, I am hosting the Oscars. This is not a prank. And if it is, my revenge on @TheAcademy will be terrible & sweet. Thx to @alsformalwear

The 89th Academy Awards will air live on ABC on Sunday, Feb. 26 . Nominees will be announced Jan. 24.