Comedy legends collide for a special sit-down and talk TV, family, and fear of failure 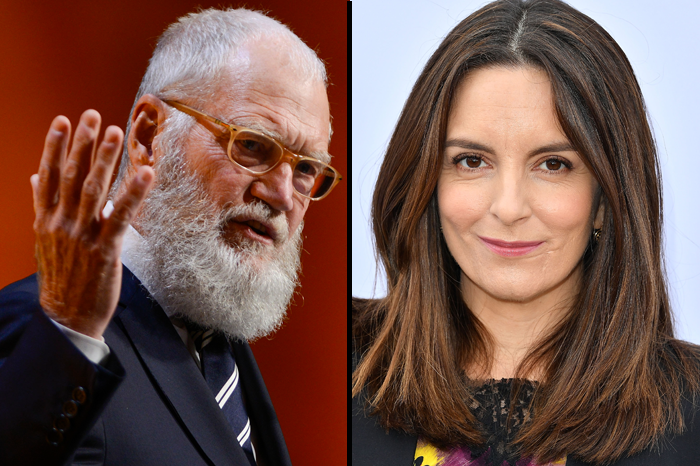 Tina Fey appeared as a guest on David Letterman’s “Late Show” 20 times between 2003 and 2015. Recently, the two reunited once more for a wide-ranging interview.

On Wednesday, Fey — a recent Stern Show guest — received this year’s Sherry Lansing Leadership Award, which the Hollywood Reporter bestows upon women who are pioneers and leaders in the industry. For the accompanying piece, Fey sat down with Letterman at Manhattan’s Circo restaurant in front of a small audience of publicists and managers.

Dave’s public sightings have been few and far between since he left CBS. According to THR, he showed up to the restaurant with his trademark retirement beard and sporting a t-shirt, despite the cold NYC weather. Dave reportedly came prepared with a selection of handwritten notes and he and Fey proceeded to talk in-depth about everything from parenting to “Saturday Night Live” creator Lorne Michaels (“I’ve known Lorne Michaels as long as I’ve been in New York City, and I’ve always been afraid of him,” said Dave) to the golden age of TV.

“TV’s better than movies. Everybody knows it,” Tina said. “I mean, we act like they’re so great, but what was the last great movie you saw?”

The two comedy legends also bonded over the idea of bombing onstage. “I don’t know about you, but I find any little thing I do, if it doesn’t go well, I just carry that bomb juice on me for days,” Tina said.

Check out the full interview here.