Tupac Shakur, Joan Baez, and Chic's Nile Rodgers will also be honored at the April 7 ceremony 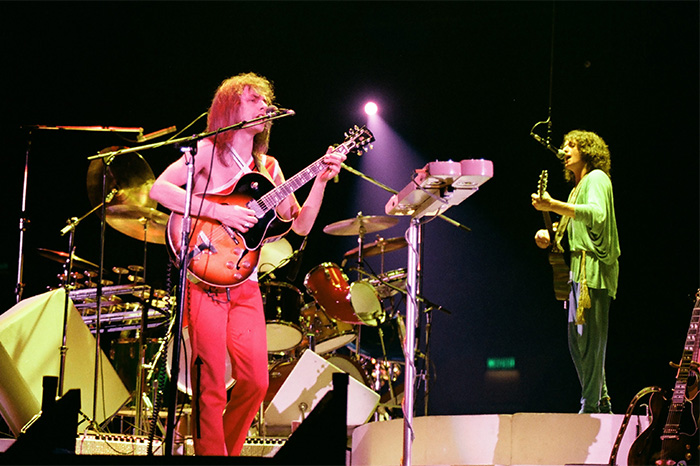 Steve Howe and Jon Anderson of Yes perform on stage at Wembley Arena on Oct. 28, 1978 in London. Photo: Getty Images

The Rock and Roll Hall of Fame announced its 2017 inductees on Tuesday and the incoming class covers a diversity of genres, from folk and progressive rock to grunge and hip-hop.

The 2017 entrants are Yes, Pearl Jam, Electric Light Orchestra, Tupac Shakur, Joan Baez, and Journey. Additionally, Chic’s Nile Rodgers will be honored with the Award For Musical Excellence. The induction ceremony will be held April 7, 2017 at Brooklyn’s Barclays Center and will also be broadcast on SiriusXM.

It’s the first year Pearl Jam and Tupac have been eligible for the Rock and Roll Hall of Fame, as rules stipulate induction can only occur 25 years after the release of an act or artist’s first album. Prog rockers E.L.O. and Yes, however, have been eligible for decades, with Yes having been nominated on three separate occasions.

“It’s a bit like waiting for a train,” Yes guitarist Steve Howe told Rolling Stone. “Maybe it’s on time and you just noticed waiting. I don’t regret the wait. I just feel this must be the right time.”