‘Kissenger’ System Allows You to Make Out Via Robots 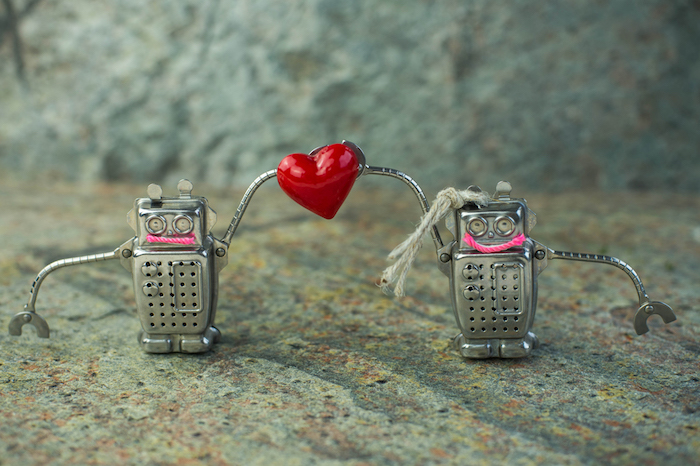 If you’ve ever found yourself missing your long-distance sweetheart and turning to the toaster for affection, technology developer Lovbotics may have you covered.

At the Love and Sex With Robots conference at the Goldsmiths University in London, the company unveiled its “Kissenger” system, which it says is the “world’s first mobile kiss messenger.” Basically, the technology involves users putting their lips on a soft, sensor-covered device attached to a mobile phone with a certain app. A real-time data stream sends the pressure to a real-life remote partner who then reciprocates on their own Kissenger. The device also features a module to reproduce the sender’s scent.

While the technology is still fresh, Lovbotics developer Emma Yann Zhang explained that the company’s goal is to eventually implant Kissengers in the heads of robots, thus making more realistic sex with robots a true reality. The device is also being developed for use in online dating, for participants to see how good of a kisser their potential partners are.

Read more about Kissenger, as well as the Love and Sex With Robots conference, here.