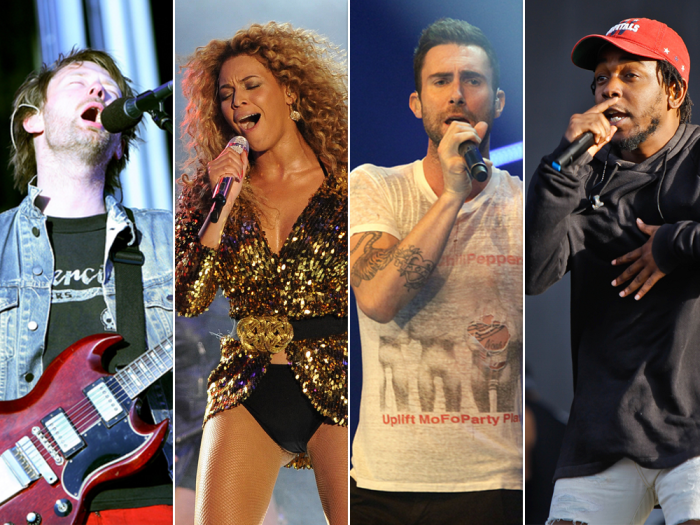 It’s that time of year again — when music festival lineups are unleashed upon the eager public. On Tuesday, performers for both the Coachella Valley Music and Arts Festival and BottleRock Napa Valley were announced.

Headlining Coachella will be Radiohead, Beyonce, and Kendrick Lamar — all of whom had monster years in 2016. Also featured at the long-running desert concert will be Lorde, Bon Iver, Future Islands, the xx, Travis Scott, Father John Misty, the Avalanches, New Order, Mac Miller, and composer Hans Zimmer. The festival will cover two weekends (14-16 and 21-23) in April.

Check out the full lineup (below).

Meanwhile, the headliners at the 2017 BottleRock Napa Valley music festival are Stern Show favorites Foo Fighters and Maroon 5, along with Tom Petty and the Heartbreakers. Other performers in “the first taste of summer” festival include Macklemore & Ryan Lewis, Modest Mouse, the Roots, Live, Gavin DeGraw, Jessica Childress, House of Pain, and Josh Kelley. The 3-day festival will take place from May 26-28.