George Harrison’s Entire Catalogue Is Getting Released on Vinyl

Every studio album recorded by “the quiet Beatle” will be reissued Feb. 25 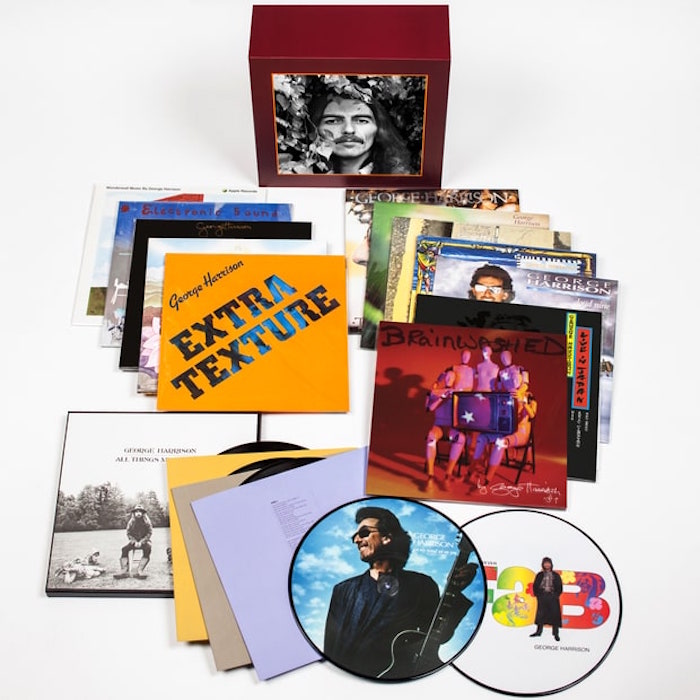 It’s no secret vinyl has been making quite the comeback as of late. Thus, it’s only appropriate that one of the legends of music history should get in on the LP reissue game.

George Harrison’s entire studio catalogue will be released on vinyl on Feb. 25 as part of a massive box set, “George Harrison – The Vinyl Collection.” The 13-album set includes all 12 of The Beatles’ lead guitarist’s solo studio albums, ranging from 1968’s psychedelic soundtrack, “Wonderwall” all the way to 2002’s posthumous “Brainwashed.” It also includes a live album, “Live in Japan,” which Harrison performed with Eric Clapton.

Each album has been remastered onto 180 gram heavyweight vinyl complete with replicated original artwork. In addition to all 12 albums, the set also comes with two 12-inch picture disc singles of Harrison’s hits, “Got My Mind Set on You” and “When We Was Fab.” The albums themselves will also be available individually.

Take a look at the collection (above).