Woman Arrested for Smuggling $70,000 Worth of Cocaine Inside Box of Jamaican Beef Patties

Law enforcement busted the woman on Thursday at JFK Airport 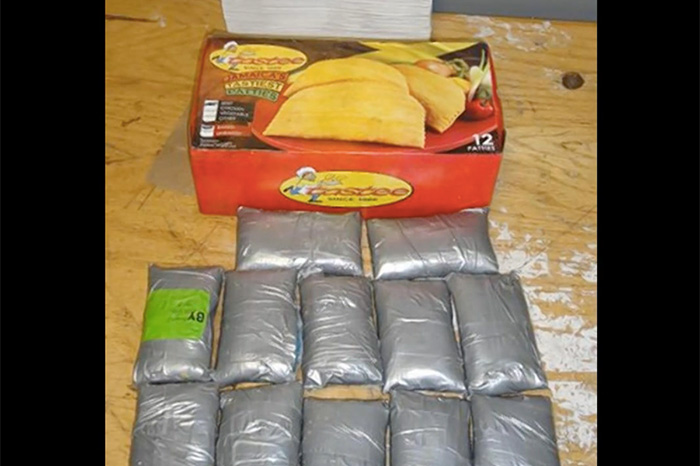 As discussed on this week’s show, the tasty meat-filled treats are a popular snack among Wack Packers and average New Yorkers alike. Despite their popularity, Federal Customs and Border Protection (CBP) officials at JFK reportedly got suspicious after a Jamaican woman coming in from Kingston arrived with a whole box of Tastee Brand Jamaican Patties tucked into her luggage. Upon further inspection, they reportedly found 12 duct taped bags of cocaine (pictured above)—worth an estimated $70,000.

The woman, Chantal Alecia Bedward, was arrested for drug smuggling and her case has been turned over to the Department of Homeland Security.

“This seizure demonstrates the vigilance and dedication demonstrated daily by CBP officers at JFK, in keeping these prohibited and dangerous narcotics off the streets of our communities,” said Robert E. Perez, Director of Field Operations in New York for CBP, according to the New York Daily News.