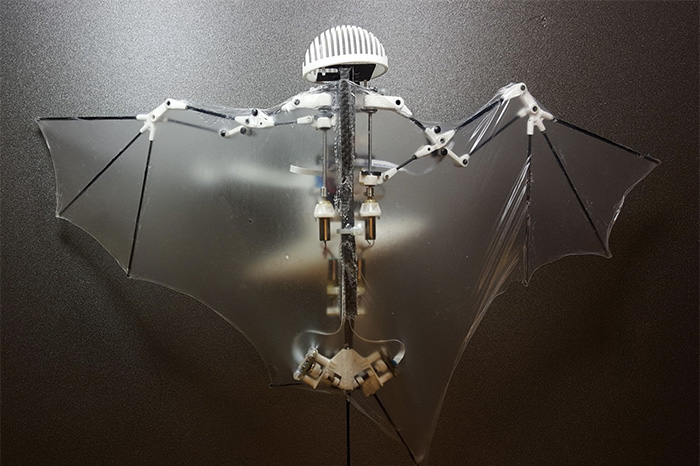 Mother Nature has always been a source of inspiration in aerial robotics, but unlike oft-copied mechanical birds and flying bugs, the bat has never been done justice—until now.

A team of roboticists from University of Illinois at Urbana-Champaign and Caltech has just unveiled the Bat Bot, an autonomous flying drone that mimics bat flight. Not only do they look cooler than the quadcopters, which are all the rage right now in drone technology, they’re reportedly also lighter, quieter, and require less power to operate.

The Bat Bot’s wings operate independently of each other and have a joint structure similar to – but less complicated than – its flesh and blood counterpart’s, making it one of the most maneuverable autonomous flying robots around. This could make the Bat Bot an ideal tool for quietly surveilling wildlife or deftly navigate treacherous terrain to aid in search & rescues, according to CNET.

Still, the Bat Bot may not be ready for prime time just yet. Researchers are still working on making it more durable and more efficient. They’re also trying to teach it to perch.

Check out the video of the Bat Bot in action (below).