Soon Anyone Can Get Married at Taco Bell for $600 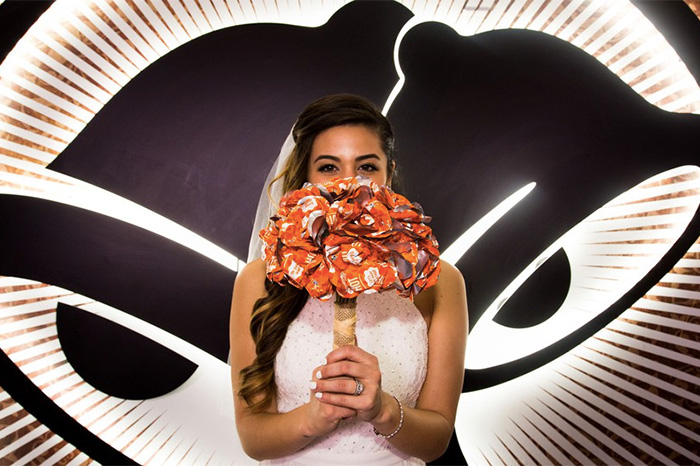 Taco Bell’s Las Vegas Cantina will soon be serving up more than just heartburn and hangovers. On Valentine’s Day, the company announced plans to open up a wedding chapel this summer at the Las Vegas Strip’s totally extreme, alcohol-filled fast-food eatery.

The wedding package will cost $600 (or, the equivalent of about 192 steak Quesaritos). Lucky couples will for that price receive a ceremony inside the Taco Bell chapel with an ordained officiant, a cordoned-off reception area for them and their 15 closest friends, a 12-pack of tacos to munch on, and custom merchandise like sauce packet garters and Taco Bell-imprinted champagne flutes (which can presumably also be filled with Mountain Dew Code Red and vodka).

Taco Bell also kicked off a “Love & Tacos” contest on Tuesday. While far less kinky than Burger King Israel’s V-Day promotion, Taco Bell’s contest does invite couples to share their love story in a 30-second video for a chance to win the “ultimate” Las Vegas wedding. Prospective entrants can get more information here.