Much like human Insane Clown Posse fans, the flying insects let out a “whoop” when encountering another of their kind 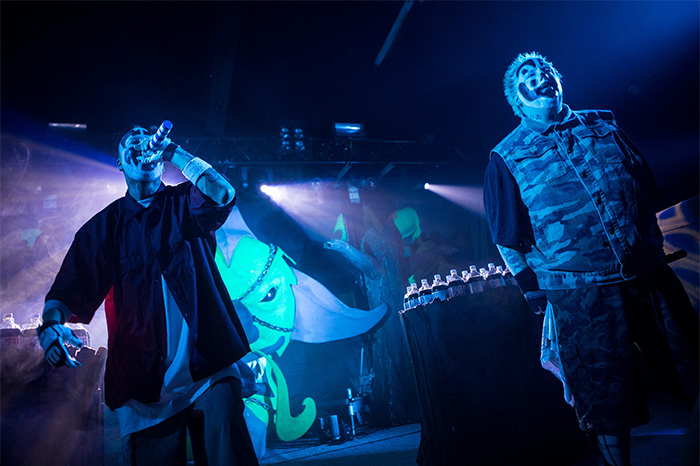 Scientists at the Nottingham Trent University in the U.K. recently discovered striking similarities between honeybees and Juggalos, a.k.a. super fans of the Detroit-based rap group Insane Clown Posse.

The researchers determined that—much like Juggalos—bees communicate with one another by making a “whoop” sound. Whereas Juggalos generally offer up the “whoop whoop” salutation through a mouthful of Faygo, bees apparently do their whooping by thrusting their thoraxes against a honeycomb, which produces a vibrational pulse with the wings.

For more Juggalo-related observations, read about Wolfie’s recent pilgrimage to the Gathering of the Juggalos. And, for a side-by-side comparison, check out these videos (below) of honeybees and Juggalos whooping: