Tom Hanks’ First Book Will Be About Typewriters 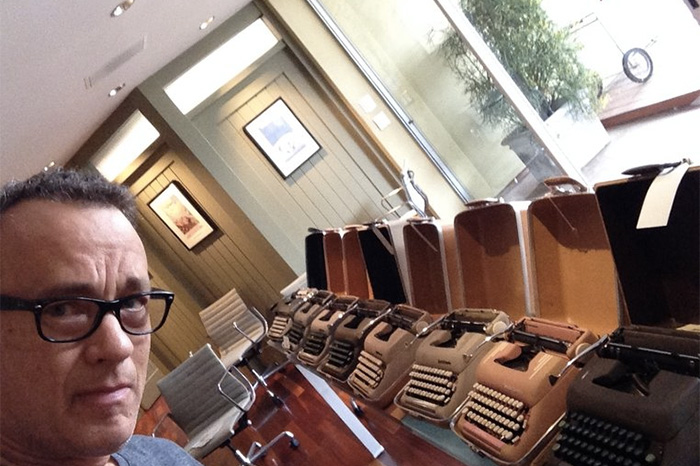 Master thespian Tom Hanks is getting into the book biz.

Publishing house Alfred A. Knopf on Tuesday announced Hanks is writing “Uncommon Type: Some Stories,” a collection of 17 short stories tangentially related to different typewriters. It hits shelves on Oct. 24.

Hanks has starred in quite a few films adapted from hit books (“The Da Vinci Code,” “The Green Mile,” and “Bridge of Spies,” to name a few), but this is his first time authoring one. The two-time Oscar winner is, however, a vintage typewriter aficionado and owns over 100 of the machines, according to Entertainment Weekly.

“In the two years of working on the stories, I made movies in New York, Berlin, Budapest, and Atlanta and wrote in all of them,” Hanks said in a statement given to EW. “I wrote in hotels during press tours. I wrote on vacation. I wrote on planes, at home, and in the office. When I could actually make a schedule, and keep to it, I wrote in the mornings from 9 to 1.”

Hanks is also lending his voice to the audiobook version of “Uncommon Type,” which will be published by Random House Audio.