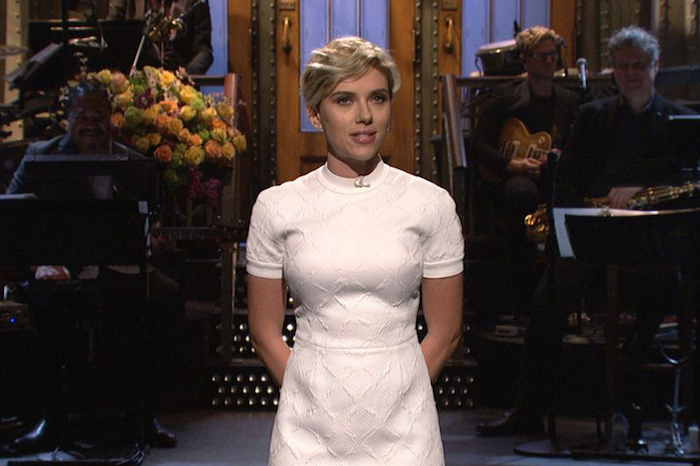 Scarlett Johansson will host “Saturday Night Live” on March 11, officially inducting her into the prestigious Five-Timers Club. The group, reserved for those who have hosted the sketch-variety show five times or more, was made famous through a 1990 Tom Hanks monologue in which the movie star meets with fellow five-timers Steve Martin, Paul Simon, and Elliot Gould.

Check out the video from Scarlett’s 2006 “Saturday Night Live” debut (below).