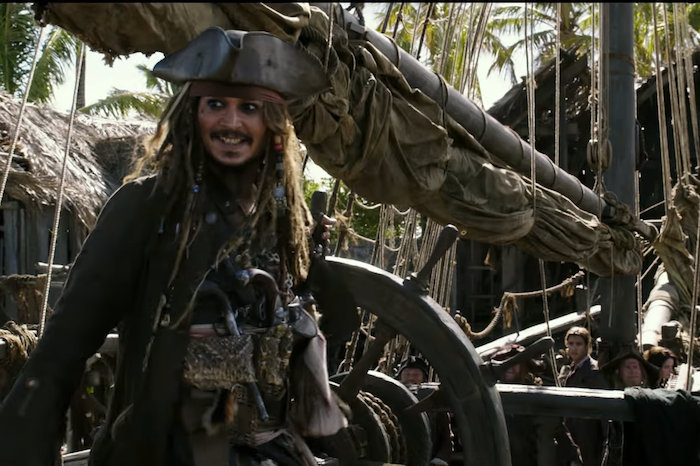 Johnny Depp is back at Captain Jack Sparrow in the new trailer for “Pirates of the Caribbean: Dead Man Tell No Tales,” the fifth installment in the franchise.

The trailer, which premiered Thursday on “The Ellen DeGeneres Show,” features a pants-less Depp, an undead Javier Bardem, and Oscar-winner Geoffrey Rush. The film is the first for the franchise since 2011’s “Pirates of the Caribbean: On Stranger Tides,” which grossed over $1 billion worldwide.

“Pirates of the Caribbean: Dead Man Tell No Tales” hits theaters May 26. Check out the full trailer (below).